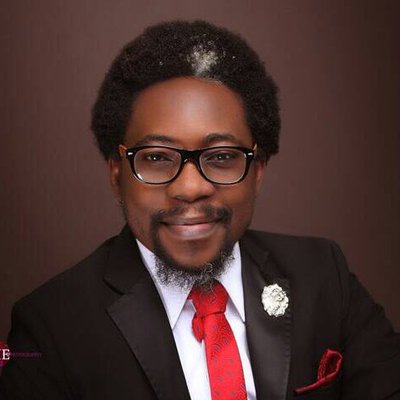 A campaign which has documented activities such as exploitation, abuse and ill treatment from the police division meant to stop similar crime in society, has received the backing of the Nigerian government.

The Vice President, Yemi Osinbajo, who is holding forth at the moment because President Muhammadu Buhari is currently in London on a 10-working day vacation, gave a directive today for the “overhaul” of the notorious Special Anti-Robbery Squad, SARs.

While the Executive was previously silent on the matter, the Senate President Bukola Saraki promised to investigate the calls for SARS to be scrapped.

“It is clear that something wrong is going on and needs urgent attention. It is happening in all our constituents, and we must be seen to be responsive to some of these needs,” Saraki said back in December 2017.

The National Assembly had recommended that the matter be sent to a Committee for consideration. DENISAURUS News is unaware of the recommendations that were made.

Despite the encouraging backing from the Senate President, the SARs – a unit within the Nigerian Police Force set up to prevent kidnapping and armed robbery, continued to implore an heavy hand on citzens.

This caused leading actiivists, like Segun Awosanya to intensify the call for the end of SARS.

After months of campaign on the brutal method used by SARS operatives, Professor Osinbajo, a member of the executive government who is in charge of the law enforcement agency, has directed Ibrahim Idris, the Inspector General of Police, to, with immediate effect “overhaul” its “management and actives and ensure that any Unit that will emerge from the process, will be Intelligence-driven.”

Professor Osinbajo who had to be told to break his silence on the issue of police brutality, was recently admonished by the Governor of River State over his failure to sack Ibrahim Mustafa Magu, the “corrupt” acting chairman of the Economic and Financial Crimes Commission over the recent freeze of accounts belonging to opposition Governors.

READ ALSO : The Divide In The Presidency Reveals The Bad And Ugly Side Of Osinbajo

I am calling for the sack of the Acting Chairman of the EFCC, Mr Ibrahim Magu for overthrowing a tier government. The mere fact that the two accounts have been re-opened does not mean that a crime was not committed.

Failure to do speak harrasment and Essang Solomon, a film director, who posted a letter via twitter to Professor Osinbajo on June 12, had promised not to vote for the All Progressives Congress, the platform in which the President and his deputy were elected.

“I kept out #EndSARS hashtag from the first 3 threads because I believe that someone has muted that hashtag on your twitter, probably that’s why it seems you have no idea of what’s going on OR you are now so fixated on securing votes for 2019 that you do not hear us at all?

“I am also sure you know that half of those who voted for APC in 2015 did it because we had faith in a Man of God who will go to represent and protect Nigerians both Christians and Muslims alike but I for one have seen my error in judgement of character, your Character.”

“Even the church @rccghq you represent are quiet and we all know why… Just because we are not your kids is no reason for you to act like #EndSARS is not real but I can assure you, the PVC is real, so is our resolve and history will remember how you kept mute,” @DirectorSolomon wrote.

In response to the outcry from Nigerians, Professor Osinbajo, today, directed that the “National Human Rights Commission should set up a Committee that will conduct a nation-wide investigation of the alleged unlawful activities of SARS.”

This he said in a statement signed by his Senior Special Assistant, Laolu Akande, will “afford members of the general public the opportunity to present their grievances with a view to ensuring redress.”

Mr Awosanya, popularly known as Sega Link, who has in the past spoken exclusively to DENISAURUS News commended Professor Osinbajo on the directive given to Mr Idris.

The activist spearheaded the campaign for more than a year, with the backing Rugged man, a popular Afrobeat star to achieve the progress made today.

In a twitter post, he thanked “all the great people out there that have been contributing daily in the past one year.”

We WON Guys! #EndSARS #ReformPoliceNG @julietkego @Tutsy22 @DrJoeAbah Time to build a new. The #NewNigeria is real. Congrats to @PoliceNG as we begin to reform. Out with the Old and welcome the New. 👏🏼👏🏼 #OsinbajoDelivers pic.twitter.com/jHlyjbirsn