Bukola Saraki has called for a “independent judicial panel of inquiry” into last week’s invasion of the National Assembly by masked enforcement officers.

On Tuesday (August 7), this paper reported that lawmakers, who arrived at the legislative complex to attend an emergency meeting on a budget request made by President Muhammadu Buhari, were denied entry by the Department of State Service, DSS operatives who in turn say they were acting on “orders from above.” 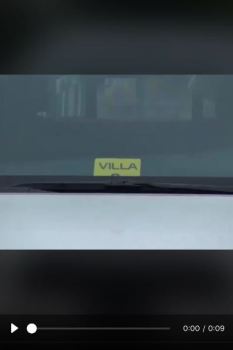 READ ALSO : NASS INVASION : Lawmaker Asks MASKED POLICE Who Were Given “Orders From Above” To Lay Siege on National Assembly To Return To Their Stations

Though the DSS is led by Lawal Musa Daura, DENISAURUS News understands that the siege on the eighth NASS was orchestrated by the National Security Adviser Babagana Monguno and the inspector General of Police, Ibrahim Idris.

A video that later circulated online, a signage of the “VILLA” was found on the vehicles used by the operatives who laid the siege at the NASS.

The footage gave more support to the argument that the raid on the NASS, which the ruling party said was carried out to “foment violence,” was planned by the Executive arm of government.

The statements also implied that the siege on the NASS Assembly by security operatives was ordered by someone in the ruling party in association with a link in the Villa.

Even though there were police presence, the Inspector General of Police, Ibrahim Idris, was not queried.

Instead, DENISAURUS News understands that the head of internal security in Nigeria, Lawal Musa Daura was asked to immediately hand over to the next in line.

The decision was made by the Vice President, Yemi Osinbajo who is in acting position while the President is away on holiday in the UK.

DENISAURUS News understands that the Ag President did not get clearance from President Buhari in order to take such decision.

Not satisified with just the sacking of Daura, the President of the eight NASS Senate is demanding for a “thorough and neutral investigation.”

Senator Saraki said: “the very serious questions about last Tuesday’s siege on the National Assembly can only be answered through a thorough and neutral investigation. I call on Mr. President to immediately institute an independent judicial panel of inquiry to look into that assault on our democracy.”

The very serious questions about last Tuesday’s siege on the National Assembly can only be answered through a thorough and neutral investigation. I call on Mr. President to immediately institute an independent judicial panel of inquiry to look into that assault on our democracy.

Meanwhile, a directive for the reconvening of lawmakers has not been set, the leadership of the NASS confirmed in a statement this morning.

“The Senate President, Dr. Abubakar Bukola Saraki and Speaker, House of Representatives, Rt. Hon. Yakubu Dogara, have directed that we inform all Senators, Honorable members and the public that a date has not been set for the reconvening of the Senate and the House of Representatives to consider the Independent National Electoral Commission (INEC) 2019 elections budget request forwarded by President Muhammadu Buhari on July 17, 2018.”

“The leadership of the two chambers had met and agreed to reconvene to consider the proposal this week before which a meeting between the Joint Senate and House of Representatives Committees on Electoral Matters and officials of the INEC must have held on or before Monday August 13, 2018.

“The joint committees were also expected to meet with the joint Senate and House Committees on Appropriations, Loans and Debts on the Eurobond loan request after which two reports would have been ready for presentation in the two chambers.

“However, no such meeting had taken place yet as a result of which both Senate and House of Representatives cannot reconvene as there is no report to consider.

“Until the Committees have a ready report for the consideration of the two chambers, it will be most irresponsible to recall members from recess especially those that may have travelled to Saudi Arabia for the Hajj.”