The acting chairman of the Economic and Financial Crimes Commission, EFCC, Ibrahim Mustafa Magu, has been exposed again for using a leading pastor and his own brother as front for siphoning huge amount of money.

DENISAURUS News was provided exclusive details of how Mr Magu,  who was described as a perpetual corrupt man, by the Department of State Services, DSS, is using the pastor of Divine Hand of God Prophetic Ministries International, Abuja as a conduit pipe for laundering money.

Emmanuel Omale, a Kogi born cleric, and his wife, both recently travelled to Dubai with the corrupt police officer, EFCC’s Magu and wife. Mr Magu, whose nomination as substantive chairman of the anti-graft agency, was twice rejected by lawmakers at NASS Senate, is said to be using the clergy man to launder money illegally obtained.

Prophet Omale, who this paper has previously reported to be a spiritualist for Mr Magu, has been a conduit pipe for illegal flow of money.

The pastor is often used to receive large sums of money from politically exposed persons, wishing to pay Mr Magu money to compromise cases in their favour. The pastor, whose phone number reads as +234803 *** 7644, now has many church properties in Nigeria and abroad.  These assets really belonging to Mr Magu, our source stated.

“They have even travelled to Dubai together this March 2020, where they went to view some properties together,” the source said, adding that “the idea is for Pastor Omale to note these properties and return back to buy them on Mr Magu and his family’s behalf.”

This supposed man of God was given five mobile policemen for his security and protection by Mr Magu.  The man who started the church, which only gained prominence about two years ago, now parades everywhere in Abuja and abroad like a VIP.

Another front of Mr Magu,  is his younger sibling Bashir Magu, who is an Assistant Superintendent of Police, ASP on Grade Level 9 seconded from Nigeria Police Force, NPF to the commission by EFCC’s Magu in breach of conflict of interest.

DENISAURUS News, understands that junior Magu, whose phone number reads, +234803***3797 was seconded from the Nigerian Police Force two years ago, and he is now based in the Lagos Office of the EFCC.

Mr Magu’s brother, our informed sources noted, currently lives in the guest house that is meant for the Commission’s Chairman. Everyone in the Lagos office says he acts like the chairman.

Those who spoke under the condition of anonymity, also noted that Mr Magu’s younger brother is being used for receiving large sums of money from chief executive of banks, and heads of multi-national organisation and companies. The money is usually paid in foreign currencies. 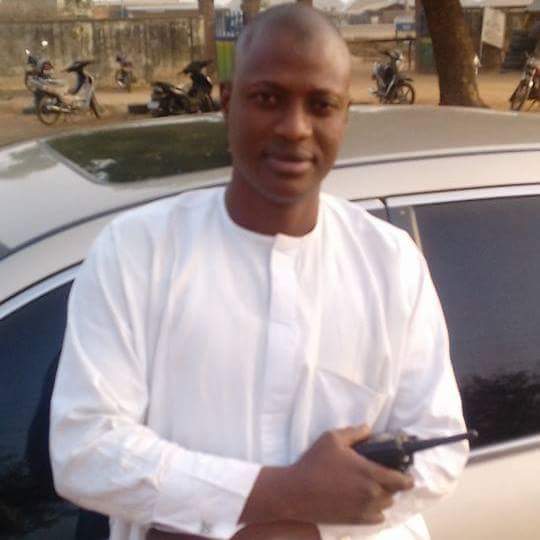 READ ALSO : EFCC Staff Submit Second Petition To President Buhari Against “Perennial Corrupt” Magu (Exclusive). Many assets recovered by the Commission during Mr Magu’s tenure have all suddenly developed wings and since been re-looted.

A comprehensive audit would reveal that Mr Magu, who is also described as a “liability to the anti-corruption crusade of President Muhammadu Buhari’s administration,” is the chief beneficiary of the re-looted loot.

For instance, the cars seized from one Senator from the Southeast, were all diverted to a car lot owned by the rejected EFCC boss.

Sources informed this paper that, ₦225m BMW bullet-proof car seized from the former Minister of Aviation, was sold at a cheaper price in Mr Magu’s car lot in Kano.

According to our informants, some of the seized vehicles were also given to his girlfriends as gift, and he retained some for himself for private use.

Information at our disposal reveals that the said vehicles and others, are currently being used as private vehicles by the wives and relatives of the EFCC acting Chairman, Ibrahim Magu.

According to our competent sources, Mr Magu, 58, who failed a crucial integrity test, is laundering money through several Bureau Dé Change (BDCs).

This paper had previously revealed the name of a Bureau Dé Change, helping the Commissioner of Police, who has illegally been at the anti-graft for five years, despite his rejection by the NASS Senate.

Ahmed Ibrahim Shanono is one of the kingpins for EFCC’s Magu, dealing in Bureau Dé Change on his behalf at Abuja, Lagos, Kano and Hamdala Hotel and Hotel 17, Kaduna State. This BDC operator can be reached on phone number +234803***4743‎‎.

Mr Magu is desperate to remain at the anti-graft agency and has taken several steps for his name to be represented to the NASS Senate.

The moves which have failed, shows how Mr Magu wishes not to return to the Nigerian Police Force, but to retire while after serving at the EFCC.

Members of staff say that their boss, knows that he has committed a lot of atrocities and really does not want to return to the NPF.

They say in the days ahead, President Buhari may become aware of the need to relief EFCC’s Magu, to be replaced with a more committed and determined Anti-graft Czar.