The All Progressives Congress and its main opposition party, the Peoples Democratic Party, believe they have made massive gains in yesterday’s election.

DENISAURUS News projects a tough battle between both parties especially in the Senate and House of Representatives where the ruling APC claims to already have a majority.

Only the Independent National Electoral Commission, INEC, the election body accredited to announce results can decide the winner of this battle, we will bring this to you live as it is announced.

READ ALSO : #DENISAURUS Views On The 2018 Ekiti Governorship Election: PDP Wins It In How It Tackled The Herdsmen Crisis In The State (LONG READ)

ENUGU–  Alhaji Atiku Abubakar has taken a lead in the South East Zone. In Enugu, the PDP candidate defeated President Buhari by a large margin. 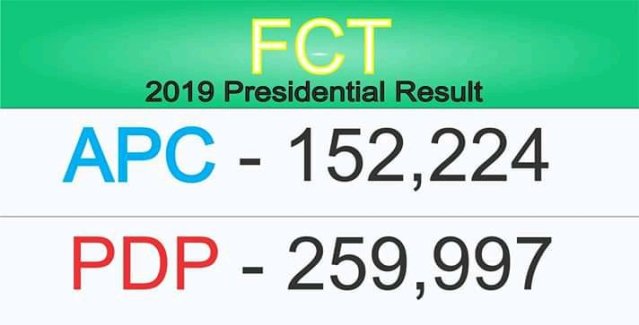 GOMBE – It is a win for the APC here

KANO – Seen as one of President Buhari’s strong hold. The President’s situation room says he has won 44 out of the 44 local government. He is expected to get over a million votes here, about four million short of the votes promised by the Governor of the state, Abdullahi Ganduje.

LAGOS – The margin in this critical state is very small, but the ruling APC has pulled it off. President Buhari gathered 580,814 votes to knock out Alhaji Atiku, who got 448,016 votes.

OGUN– The APC crisis involving Governor Ibikunle Amosun, was seen as the major reason why President Buhari was stoned in the state during his presidential rally. The PDP was expected to leverage on the crisis caused by the outgoing Governor, but it did not do so as it also battling its own problems. On Saturday, the APC lost out in the polling unit of its Governorship candidate, Dapo Abiodun, but the President has gone on to win in Ogun state.

OSUN– President Buhari has also won the votes in this south west state. The incumbent President defeated his opponent with over 10,00 votes in Osun. INEC declared the results as 347,674 votes in Osun while Atiku polled 337,377 votes.

KATSINA– President Muhammadu Buhari, 76, has defeated his main rival at his polling unit in Daura.

YOBE– President Buhari has defeated the PDP in Yobe, the home of Buba Galadima – one of his main critics. The results is humongous – 497,914 votes for the APC, compared to 50,763 votes for the PDP.

ABIA NORTH– Orji Uzor Kalu, a former governor of Abia state has coasted into victory for the APC.

ENUGU– The Deputy Senate President has secured a landslide win over his APC rival Juliet Ibekaku-Nwagwu. The APC only got a meagre 15,187 votes, while the DSP received 86,088 votes.

I was again returned in a landslide victory by the people of Enugu West. I polled a total of 86,088 votes to beat my closest rival, Mrs. Ibekaku-Nwagwu, of APC, who polled 15,187 votes. I'm not taking this for granted. I indeed feel very humbled and I give all the glory to God. pic.twitter.com/1iHCUahSCx

OGUN WEST – Tolu Odebiyi of the APC received 58,452 against Olusegun Gbeleyi of the APM.

KATSINA SOUTH – Bello Mandiya of the APC scored 433,139 beating his closest opponent, Shehu Imam of the PDP who scored 158,081.

To God alone be the glory forever and ever. Amen. I have just been declared winner of the Kogi West Senatorial District Election. God only You would have done this. Kogi West I thank you all. I love you all. What a mighty God we serve.

GOMBE NORTH– Ibrahim Dankwambo, the Governor of Gombe has also lost out in the Gombe north senatorial district. The APC candidate, Sa’idu Alkali, received 152,546 compared to Dankwambo who had 88,016 votes.

READ ALSO : ANOTHER SETBACK FOR APC : MKO’s Daughter Quits Party After Been Told Not To Run For Office

BOGORO/DASS/TAFAWA BALEWA– Yakubu Dogara, the speaker of the house has retained his seat.

I dedicate this victory to God first and our ever peace loving & resilient people of Bogoro/Dass/Tafawa Balewa Federal Constituency who defied all odds to return me to @HouseNGR for an unprecedented 4th term. By their uncommon courage, sacrifice  and patience in the face

SURULERE I– The majority leader returns for the fifth time unhindered.