The upper chamber descended into pandemonium after a former Senate Minority leader, Godswill Akpabio, tried to hijack a seat of a colleague during plenary today.

Senator Akapabio, a lawmaker representing Ikot Ekpene senatorial district, who defected from the Peoples Democratic Party, PDP to the All Progressives Congress, APC, rose up to speak after Bassey Albert Akpan, the Chairman, Senate Committee on Gas.

However, the Senate President Bukola Saraki told Senator Akapabio, who was the Governor of Akwa Ibom State from May 29, 2007 to May 29, 2015, that he could not speak from where he was seating.

“Senator… eh… former Minority Leader, you know you can’t speak from there, ” the Senate President said: “You can’t. Go to your seat, when you get to your seat, I’ll recognise you.” 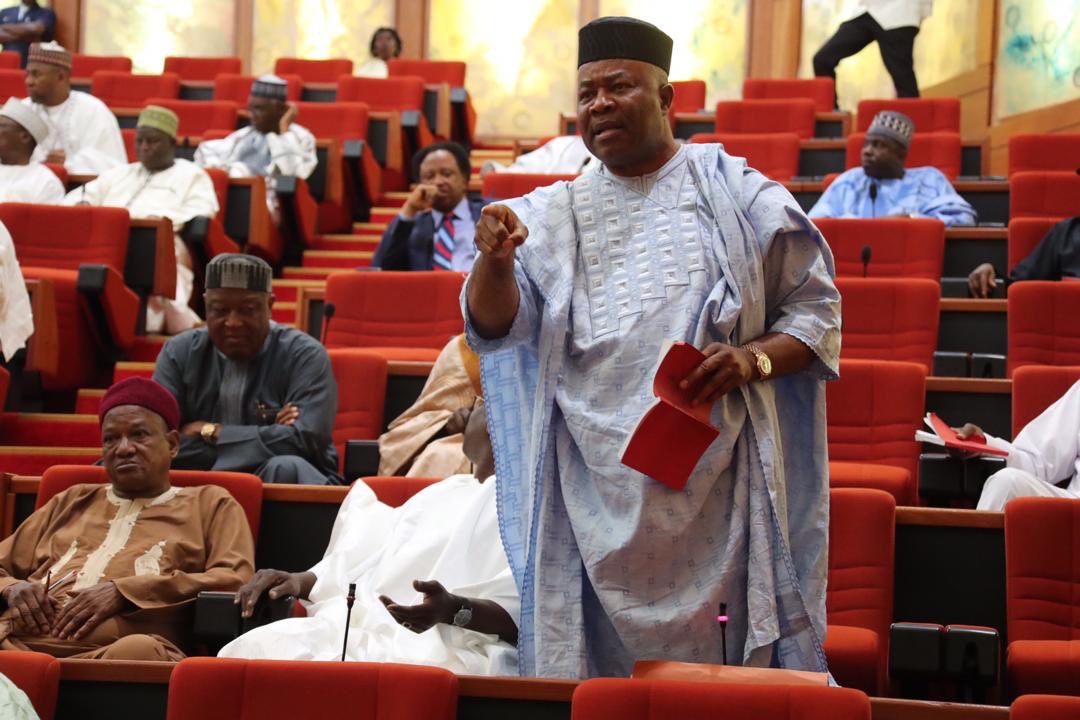 A lawmaker from Bayelsa, Emmanuel Paulker agreed with Senator Saraki.

According to Senator Paulker, the erring senator, could not contribute to the session.

He said: “Mr President, Senator Akpan came under Order 43 which is Self-Explanation. You cannot contribute. Akpabio you cannot.”

After realising his mistake, Senator Akpabio later apologised saying: “in view of the situation of the Senate today, I want to apologise to my colleagues and I raised my voice earlier and to say that until the Senate is well constituted and the seats are well arranged, I want to hold my peace.”