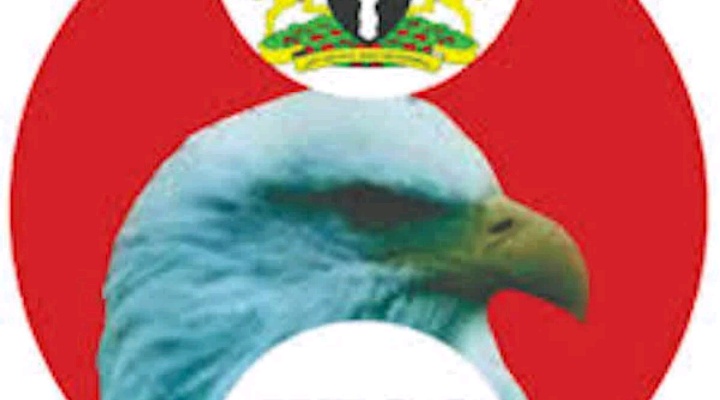 The removal of Fardia Waziri, ertswhile chair of the Economic and Financial Crimes Commission, EFCC is one that will continue to baffle many.

Mrs Waziri, the first and only female to have led the prestigious organisation was removed from office by former President Goodluck Jonathan’s government.

Those familiar with the case told DENISAURUS News that the trio of Nuhu Ribadu, Ibrahim Lamorde and Ibrahim Mustafa Magu were arrow head in orchestrating the scheme that resulted in her unceremonious removal.

They say the trio who made their move at a time Mrs Waziri was at the verge of re-positioning the EFCC, to meet and compete with other contemporary Law Enforcement Agencies around the world did so to cover up their own dirty dealing.

Mrs Waziri, an indigene of Benue State married to a late elder state man from Gombe State, who enjoys the support of operatives at the commission till date, was of keen on documenting assets recovered from suspects.

So, she set up an investigative team to ascertain what happened to recoveries from suspect between 2003 to 2008, which could not be traced in any record book.

But, the three police friends who were at the anti-graft Commission since it was established, knew that the opening of the books would put a dent on their fake integrity.

Staff say their active police boss, who claimed to be fighting corruption hoodwinked the public by pretending to be against bribe taking.

Yet, they say many did not know that not all assets recovered where well  documented, so there were opportunities for some to be re-looted by the gang.

George Uboh, a security analyst estimates the wealth stolen to more than one trillion Naira.

Imagine what infrastructure could have been built with these amount of money. Thinking about it this way, put into perspective the reason why Mrs Waziri was so desperate to kill corruption starting with providing accountability at the anti-graft agency.

But, a source, high up at the Commission, argued that the thought that they (3 musketeers) could be exposed led to the plot to oust Mrs Waziri from the EFCC without delay.

The inspector said, the three men then decided to make life hard for the former Police Assistant Inspector General. Apparently, the decision was made after the three musketeers realised that all their allies whom they used to perpetrate most of their re-looting of recoveries, were being hounded by her leadership.

In order to achieve the wicked plot and execute in accordance with the game design, there was need to inculcate the service of a loyal media, and in Sahara Reporters they found an alibi.

As such, an investigation revealed that a chairman who never got confirmed by the Senate, was the middle man to disseminate false misrepresentation of Mrs Waziri to the New York online media.

A former presidential media and veteran columnist at THISDAY Newspaper also accused the same EFCC boss of sponsoring fake articles against him in the media.

Segun Adeniyi averred that “sometimes in 2008, during the arrest of Mr Magu and certain devices recovered, my late boss, (Umaru) Yar’adua, had called my attention, and asked that we held a very private and confidential discussion.

“Upon which, my boss showed me a raw document with the inscription ‘Hajiya Turai Yar’adua is the President of Nigeria, and not her husband.’ This shocked Mr Adeniyi, who wondered why Mr Magu would engage in such media blackmail and Propaganda against the humble person of Late President Yar’adua.”

Mr Lamorde would later be announced as the anti-graft boss in 2011.

DENISAURUS News also learned about how the trio was able to forge a report, purportedly emanating from the Department of State Services, DSS and forwarded same to the United States of America USA “State Department.”

The aim of the report was basically to portray that, such report coming from the Nigeria “Secret Police” would not be dismissed as fake or lies.

However, the DSS has a pattern of writing its report, just as other security and law enforcement agencies do as well (modus operandi), which is unique to their kind of work.

Mrs Waziri visited the US, and went over to the State Department for briefing, a reliant confidant expressed.

Upon presenting the acclaimed DSS report for her right of response, the document was discovered to be fake and never written by the Nigeria “Secret Police.”

Yet, the damage had been done back home and former President Jonathan, it is understood had already acted by relieving Mrs Waziri of her duty and position as EFCC Chair.

Many didn’t know that the former EFCC Chair, Mrs Waziri had worked in the earlier branch of Nigeria Security Organisation (NSO), before it was separated into National Intelligence Agency (NIA), State Security Services (SSS) and Defence Military Intelligence (DMI) in 1986.

DENISAURUS News understands that all the institutional structures put in place by Mrs Waziri, to include policies and framework for strong and virile structures at the EFCC, had all been dismantled and staff members demoralised, to even serve as foot-soldiers for genuine anti-graft war with professionalism.

The EFCC was being propelled by Mrs Waziri, to be able to stand at par with other Law Enforcement agencies in the world over. But this was short-lived by the machinations of the three musketeers, who had taken the anti-graft agency to be their birth right. Thereafter, laying a foundation of portraying the anti-graft agency as a police department, which in all honesty is not in any form, sequel to an EFCC establishment Act 2004 of the National Assembly.

Today, the little effort put in place by staff to keep up with the fight against Corruption is also being sabotaged, just as was done to Nigeria Financial Intelligence Unit NFIU by Mr Magu, who staff say  “is hellbent to bury the EFCC ‘before you could say Jack Robinson’.”

The choice to salvage anti-graft agency from the three musketeers is now. This can only be achieved if the government in power seek random audience with staff members, to present representatives in order to ascertain the true picture of situation on ground, not the hide and seek being fed to any Commander In Chief, who may be inconsiderate and clueless.