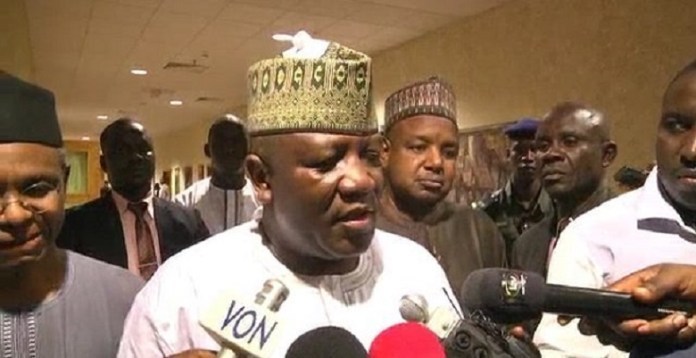 Abdul’aziz Abubakar Yari, the immediate past Governor of Zamafara state has been expelled by the party for causing confusion in the state during the 2019 election.

Mr Yari, who was engulfed in a power tussle with a prominent senator, did not hold a primaries in the state before the stipulated time.

The former Governor is also accused of sabotaging the effort of the National Working Committee who wanted to fix the problem.

Lawal Shuaibu, the Deputy National Chairman of the party, who recently called on the party chairman, Adams Oshiomhole to resign, was also expelled for the same reason.

Failure to hold primaries within the stipulated time, meant that the APC did not have a candidate in the Governorship, National Assembly and State House elections that took place two months ago.

The judges hearing the case, ruled that the elections which concluded in March 23 and gave victory to the APC were “wasted votes.”

The Independent National Electoral Commission was then ordered to issue Mohammed Mattawale with a certificate of return.

The electoral body has since complied with the court decision – and has issued the PDP Governor-elect with his certificate of return.

A statement jointly signed by the chairman of the party in Zamfara, Surajo Garba Mai Katako and the Publicity Secretary, Muhammad Bello Bakyasuwa, said “after reviewing the outing of our party in the last general election and the outcome of the Supreme Court Judgement, we hereby dismiss the former governor of Zamfara state, Abdulaziz Yari and the Deputy National Chairman Sen Lawali Shuaibu from the APC.

“Following this development, we are urging them to immediately surrender all the belongings of the party in their possession including funds.

The statement also states “Yari and his boys scuttled the efforts of our national headquarters to conduct primaries on the 3rd and 7th of October 2018. His nefarious activities led to the death of six persons and over 200 others were injured.”