Samuel Ortom, the Governor of Benue State, who decamped from the ruling party to the opposition Peoples Democratic Party, PDP today welcomed President Muhammadu Buhari in his state.

President Buhari, 76, who was there to campaign for his re-election was given a very warm welcome by the Governor, despite being in two different political parties.

Speaking to journalist, Governor Ortom explained that he did the “needful” by receiving President, who held a rally at Markudi, the state capital.

“He is the president of the Federal Republic of Nigeria and whatever he is doing, it is our responsibility to give him adequate protocol.

“He is our president, and this is beyond party… so I am doing all the needful. There is no special thing in what I am doing, it is what I am supposed to do as governor of Benue state irrespective of party because he remains my president and I respect him.

“I have no personal issues with him; we talk about policies and issues there is no personal grudge. So, I am here to receive him, and I have made adequate arrangement. This state belongs to Mr President. So he has access, he can be here and do whatever he wants.” 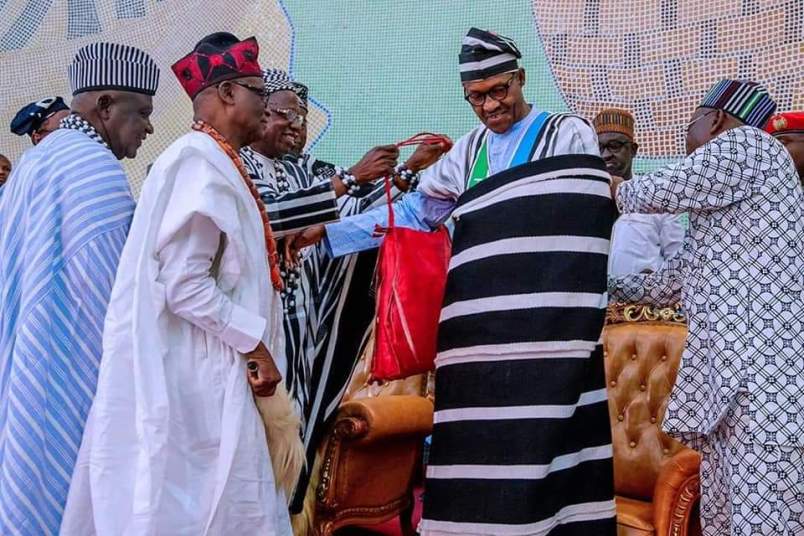