No Swap Deal With Boko Haram For 21 Chibok Girls

Nigeria’s Minister of Information has confirmed the release of 21 of the kidnapped school girls from Chibok, Borno State, Nigeria.

Alhaji Lai Mohammed who held a press briefing this evening, said the release was not a “swap.”

At the briefing,  Alhaji Mohammed, the former Publicity Secretary of the All Progressives Congress said: “we can confirm that 21 of the girls were released, safely, to us by 5:30 this Thursday morning and they were flown to Kaduna from the location of their release.”

Though much details has not been giving about the deal, it was confirmed that the Department of State Security was supported by the military in carrying out the operation.

President Muhammadu Buhari was briefed by the DSS before he proceeded to Germany where he will meet with President Joachim Gauck  and the Chancellor, Angela Merkel.

The militant kidnapped 270 girls who were writing their physics exams  on the 14th of April 2014.

In May this year, Amina Nkeki was found and  rescued by a vigilante group at the edge of Sambisa forest. where the other girls are said to be kept.

Many people have commended the work of the  Nigerian Army in the past year when President Muhammadu Buhari moved the Military to Maiduguri, Borno State. 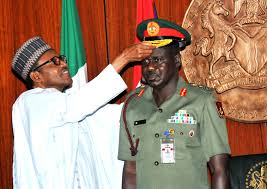