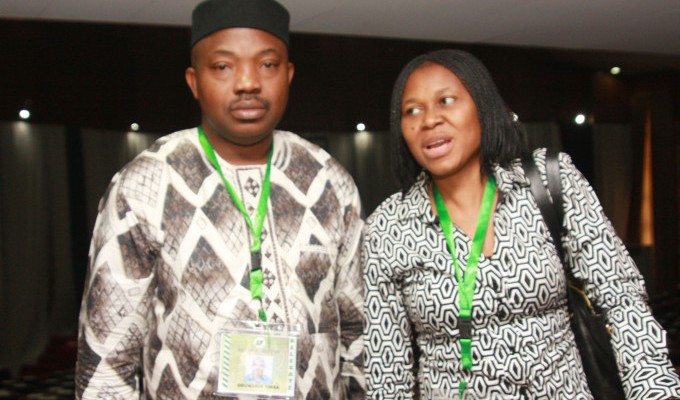 Tributes have continued to pour in for Yinka Odumakin, the former spokesperson of the socio-cultural organization for the Yoruba people of Nigeria, Afenifere, who passed away on April 2, due to Covid-19 complications.

Mr Odumakin, a rights activist, who was born on the 10th December 1966, passed away “on Saturday morning at the intensive care unit of LASUTH where he was being managed for respiratory issues due to complications from COVID-19 which he had recovered from about a week ago.

Joe Okei-Odumakin, the wife of the deceased has been receiving condolences from all across the country.

Dr Okei-Odumakin, an activist in her own right, stated in a press statement that burial arrangement would be made known to the public.

The president’s speech made known by his Special Adviser on Media and Publicity, Femi Adesina, states that “Odumakin was also spokesman to the then Gen Buhari in 2011, when he ran for President on the platform of Congress for Progressive Change, now defunct.

“The President recalls Odumakin as dutiful, and a person of conviction, expressing sorrow at his demise, when he had a lot more to contribute to society and the nation at large.

“President Buhari prays God to grant repose to the soul of the departed activist, and comfort all those who mourn him.”

A former Governor of Lagos, Bola Ahmed Tinubu, whom Mr Odumakin often disagreed with, described him as “the true definition of the citizen.”

Asiwaju Tinubu is rumored to be seeking the highest office in 2023, but Mr Odumakin did not support this bid. Despite their disagreement, the APC leader in Lagos, said: “Odumakin never held public office. But he has been a constant feature and part of our public consciousness over the last two decades of this unbroken democratic dispensation. He epitomized the true definition of the citizen; a patriot who was ever conscious of the fact that his life could not be complete or his humanity meaningful if he did not take an active interest in and join likeminded fellow citizens in seeking always to promote the common good of his community and country.”

Mr Odumakin, has passed on at a time of agitation within the country. A few individuals are calling for the creation of Oduduwa nation – an independent country for people of Yoruba descent.

This paper is not sure if Asiwaju Tinubu is in support of the plot, although, some senior politician believe he is and may be using the agitation to further his ambition for President in 2023.