Bukola Saraki, this paper understands meet with Goodluck Ebele Jonathan, a prominent member of the Peoples Democratic Party, PDP in order to garner support towards his 2019 Presidential bid.

Senator Saraki made the visit to GEJ’s Maitama Office with colleagues from the National Assembly.

He has also met with former head of states such as Ibrahim Babangida and Olusegun Obasanjo in the past.

A reliable source who informed DENISAURUS News of the meeting said it was set up for Mr Saraki to get GEJ’s support.

The Senator needs “to know if he can buy the form, rather than waste his money.”

The source explained that “GEJ is a very big determinant in 2019 Election.”

“So, if you see SP decides to get the Nomination form before expiry date of 6th Sept, be rest assured that he got GEJ support, he is winning the primaries and he is our next President.”

Senator Saraki, recently bestowed with the title Waziri of Ilorin by the Emir of the state has avoided been implicated by the Federal Government over allegation of false declaration.

READ ALSO :  Bukola Saraki Says He Feels Vindicated By Supreme Court Ruling That Clears Him Of All Allegations Over False Declaration Of Assets

DENISAURUS News who has previously reported the desperate attempt being used by the Federal Government to clamp down Senator Saraki, a former Governor of Kwara State, now understands that further plots are being orchestrated against the lawmaker to prevent him from fighting for the February 2019 Presidential election.

READ ALSO : Who Is Afraid Of Bukola Saraki? (LONG READ) 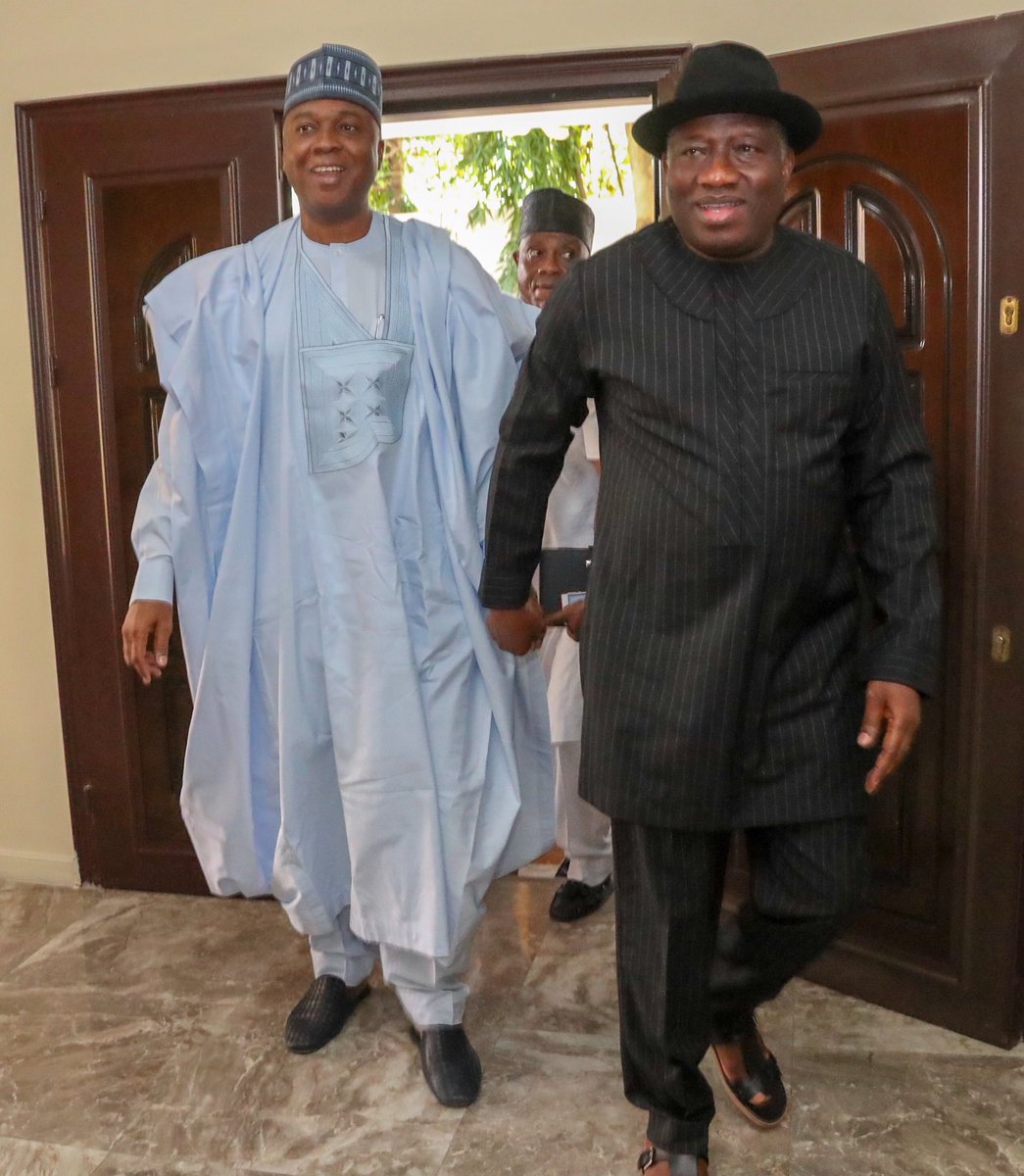