President Muhammadu Buhari had a closed door meeting with the pastor of Latter Rain Assembly, Tunde Bakare on Friday.

The fiery cleric, running mate to President Buhari in the 2011 elections arrived at the State House coincidentally at the same time as the Minister of Finance, Kemi Adeosun.

An aide to the President, Bashir Ahmed posted pictures of Mr Bakare, and the President holding a souvenir that might have been given to him by the christian minister.

It is possible that the pastor, whose aged mother (Abigail Bakare 108) was recently buried, was there to talk about personal matters.

DENISAURUS News is not sure why Mrs Adeosun was there to see President Buhari. 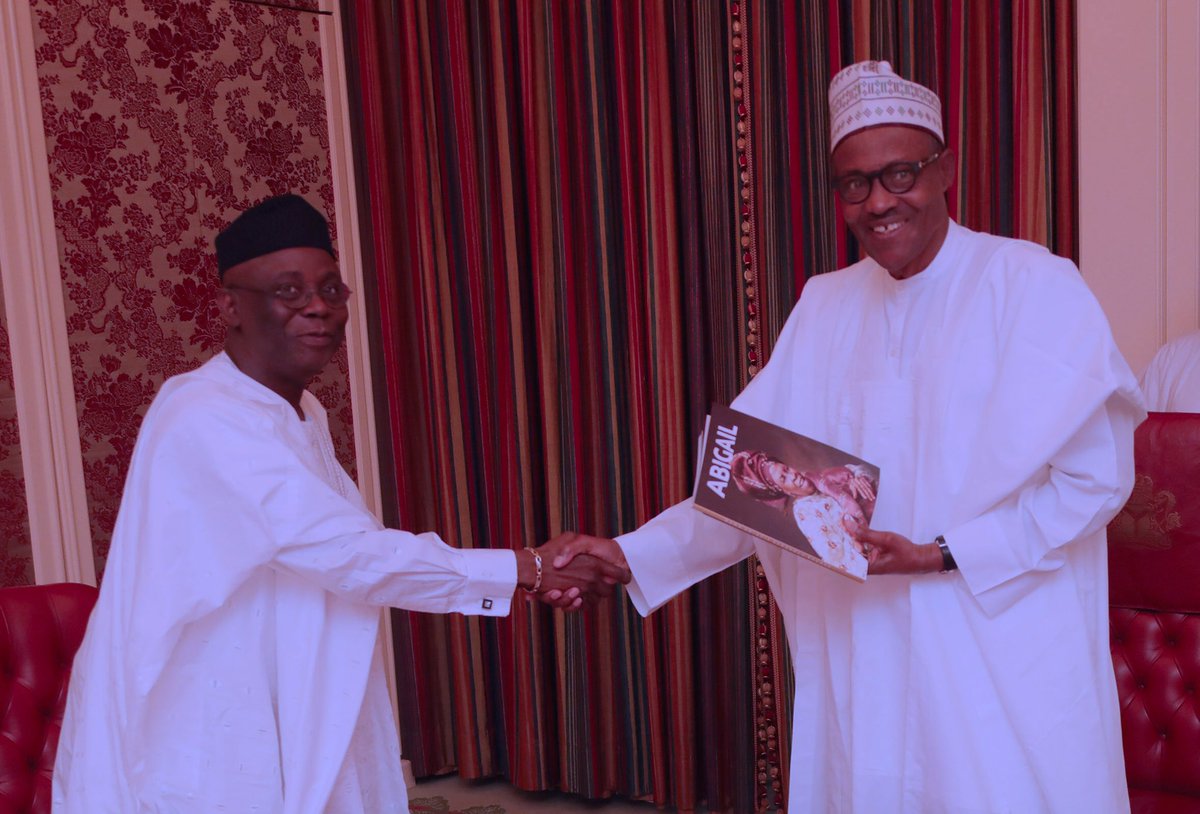