By Adenike Lucas and Christian Smith

At least six people have died in a huge fire that ripped through a West London tower block.

74 people have been taken to the hospital – of which 20 remain in critical care, after the fire tore into Grenfell Tower, a 24-storey block, in the early hours of the morning. The police believe that the death toll will rise.

At 11:30 am, Commander Stuart Candy, of the Metropolitan Police said: “I can confirm six fatalities at this time but this figure is likely to rise during what will be a complex recovery.”

More than 200 fire fighters using 40 engines tried to tackle the flames as it ravaged from the fourth floor when most people were still asleep. It is not sure what started the inferno, but the fire brigade commander tackling the fire said she had not seen such an incident like this before.

The flames which began at about 1 am erupted again this morning. Part of the building remains on fire even at 16.15 this afternoon.

Four years ago,  a resident group who have repeatedly complained about safety in the building, predicted the fire was an accident waiting to happen.

In a statement, the Action Group said: “Watching breaking news about the Grenfell Tower fire catastrophe. Too soon to even guess at numbers of casualties and fatalities.

“We have posted numerous warning in recent years about the very poor fire safety standards at Grenfell Tower and elsewhere in Royal Borough of Kensington and Chelsea, RBKC.”

Residents who escaped spoke of seeing trapped people. They say they saw neighbours trying to throw their children from the windows.

Many are still unaccounted for. A local artist Khadija Saye and her mum Mary Mende, both living on the 20th floor, are among those missing. 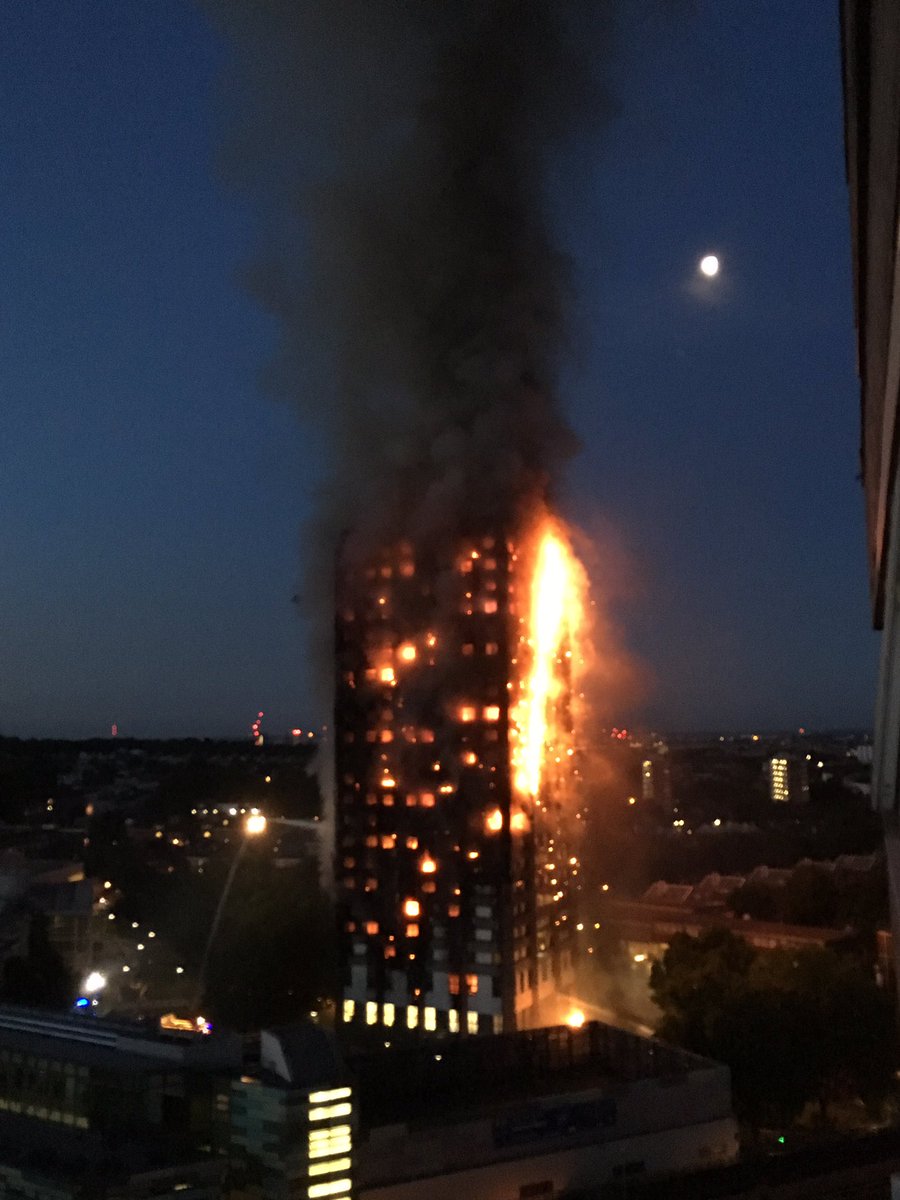 London’s Mayor Sadiq Khan said many questions will be asked over the coming days to find out the cause of this tragedy.

Jeremy Corbyn, the leader of the Labour Party described it as the worst nightmare. “Devastated to see what’s happened at Grenfell Tower. My thoughts are with those affected.”

Mr Corbyn who has promised to reverse the cuts made to public services, praised the firefighters and emergency services.

The Prime Minister has asked for a cross-government meeting to co-ordinate a response that supports the emergency services and local authorities.

The story is developing. Please refresh your browser to get the latest.