A senior Congressman was among five people shot by a gunman in the early hours of the morning.

The gunman identified as James T. Hodgkinson, a 66-year-old from Belleville, Illinois, has died.

All the casualties including republican lawmaker, Steve Scalise were taken to hospital.

Senator Scalise, the House majority whip was at a baseball practice in Virginia, for a Congressional basket ball game.

The event usual sees Republicans and Democrats practicing separately for a game to raise money for charity.

President Donald Trump issued a statement to confirm the incident. In a tweet, he said: “Rep. Steve Scalise of Louisana, a true friend and patriot, was badly injured but will fully recover. Our thoughts and prayers are with him.” 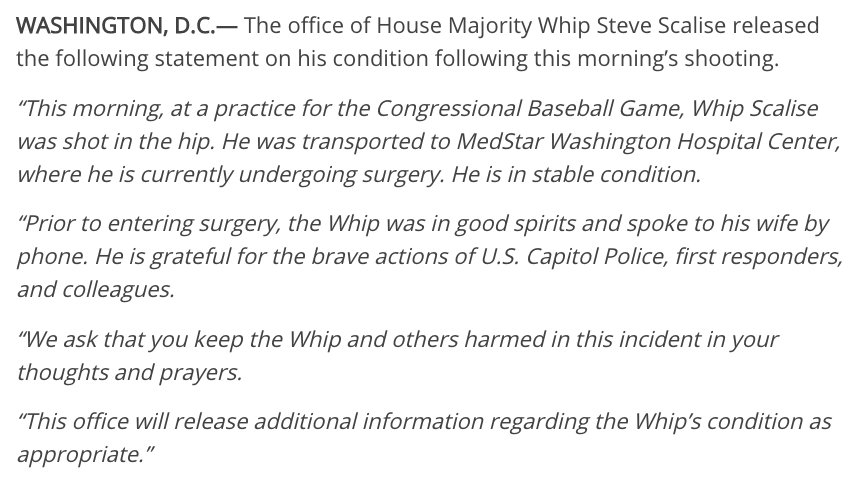