President Muhammadu Buhari has replaced the nomination of Jacob Daodu.

The Senate had on March 23, 2017, rejected the nomination of the non-career ambassadorial nominee based on a report from the Department of State Service, DSS.

The DSS report stated that the 59-year-old, who is from Ondo State was deceitful and had indulged in corrupt practices as Chairman of a road construction project.

24 hours ago, the President of the Senate, Bukola Saraki, read a letter from President Buhari, where he requested for the Ondo State nominee be replaced with Joseph Olusola Iji. 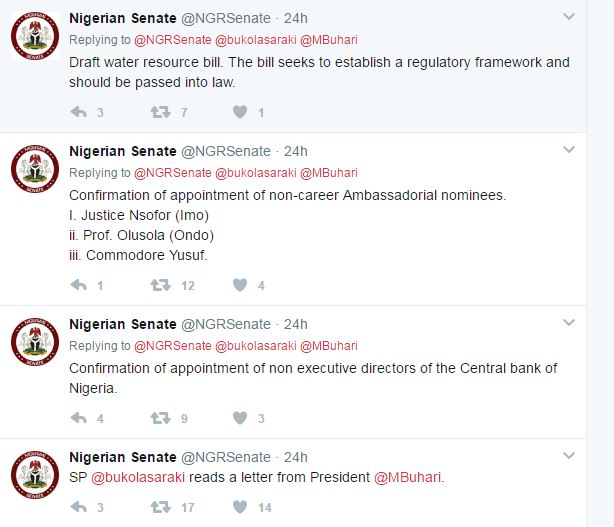 A separate report from the security agency also indicted the acting chair of the Economic and Financial Crimes Commission, which led to his rejection by the Senate.

EFCC workers exposed many atrocities perpetuated by their boss, Ibrahim Mustafa Magu. Many of which has been exclusively published by DENISAURUS News.

Mr Magu who is accused of corruption by his staff, was rejected by the Senate for the second time in March, based on the indicting intel report, which described him as a liability to the fight against corrupt.