A nurse who campaigned to have the statue of Mary Seacole erected at St Thomas’ hospital received her insignia yesterday, after being awarded with the honour by the Queen back in December.

An Emeritus professor of Nursing at Thames Valley University, Professor Dame Elizabeth Nneka Anionwu, 69, who is of Nigerian and Irish descent, was presented with her insignia by Queen Elizabeth II for her service to nursing.

Professor Dame Anionwu, an advocate for sickle cell disorder and a founding member of the sickle cell society has been instrumental in improving services.

“Guess which Dame has just been to Buckingham Palace to receive her Insignia, and from Her Majesty The Queen no less?! #NewYearsHonours,” she wrote on her twitter account @EAnionwu.

Before the investiture ceremony, Professor Dame Anionwu’s daughter, Azuka Oforka, an actress on the popular medical drama Casualty, said she was so “proud of mummy! What a woman, what a story… one that shows us no matter how hard a start life we have, we can achieve anything!!” 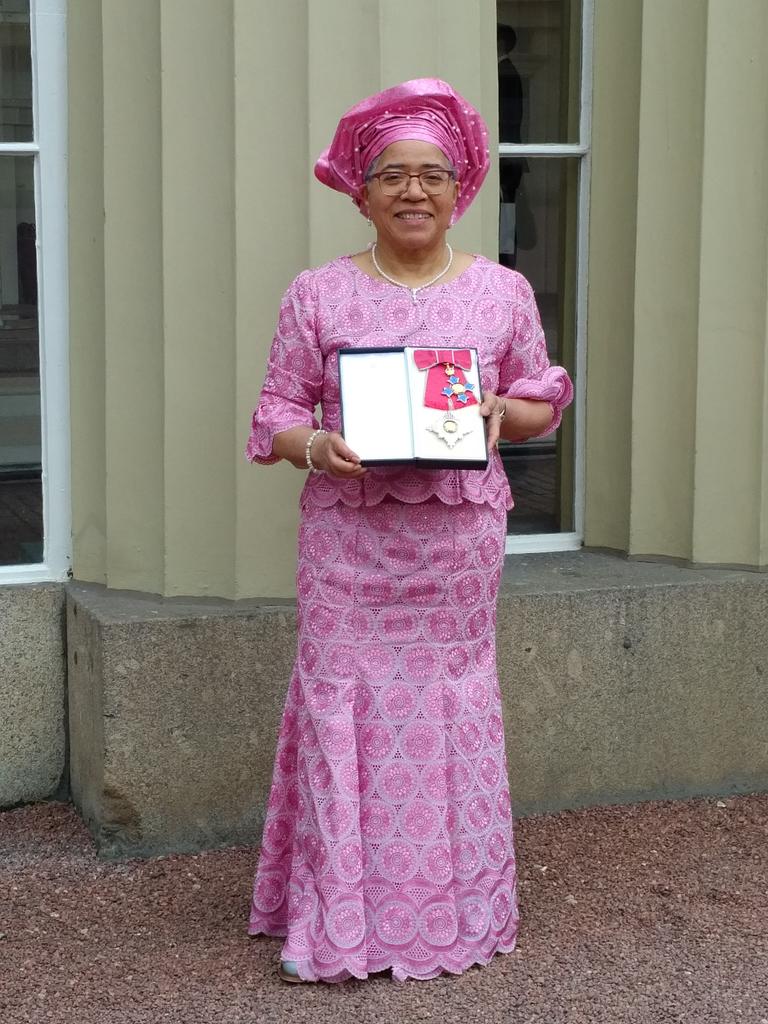