The National Working Committee, NWC, of the ruling All Progressives Congress, APC, today insisted on direct primary as a means of selecting the party governorship candidate in Ogun state.

The Governor of the state, Ibikunle Amosun had previously announced Abdulkadir Adekunle Akinlade, as the consensus candidate.

However, stakeholders and chieftains of the party kicked against the emergence of Mr Akinlade, a serving member of the House of Representatives who represents  Egbado South and Ipokia Federal Constituency of Ogun State.

In reaction to the rejection, Governor Amosun offered indirect primaries, which was not accepted by the aspirants such as Dapo Abiodun.

The call for indirect primaries was also not in line with the directive of the party leaders which on 30th August, 2018, “resolved to adopt direct primaries for the nomination of the presidential candidate and all other primaries.”

In a statement Yekini Nabena, acting spokesman of the party, detailed the mode of primaries for the governorship primary election scheduled to be held on September 29, 2018.

According to the statement, candidate vying for positions in  Ogun, Bauchi, Lagos, Taraba will be selected by direct primaries.

DENISAURUS News understands that the NWC “has banned the Adamawa State Working Committee from participating either as delegates or superintendents over the governorship primaries holding in the State.

“This is due to the fact that the Adamawa State Working Committee was prejudiced in favour of a governorship aspirant.”

GOVERNORSHIP: APPROVED MODE OF PRIMARIES. The NWC has however banned the Adamawa State Working Committee from participating either as delegates or superintendents over the governorship primaries holding in the State. . FULL LIST: https://t.co/tSvzttbOrE pic.twitter.com/2Z9yWHTkSc

He said:  “If a governor is worried about direct primaries, how will he lead his party to win general election in such a state? If at intra-party level, he is worried that he should have control, these calls for concern. This should not be about control, but about inclusiveness. The governor himself was voted into the office by the people.

“It is the party members that woo others to vote for him at the general elections. The direct method eliminates the ability of the sitting governor to manipulate primary election results. It reduces the culture of vote buying vote, coercing or intimidating and inducing party members. Ultimately, it places premium on the peoples’ votes.” 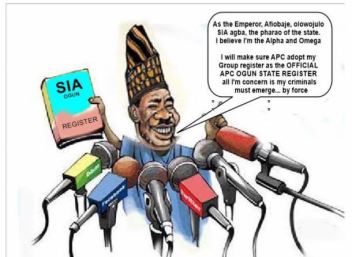 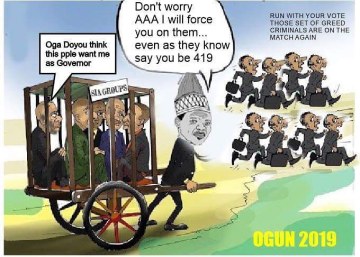