Professor Yemi Osinbajo, the vice and acting President of Nigeria, on Wednesday named Stephen Ocheni from Kogi State as the new Minister of State for Labour.

A second appointee, Suileman Hassan who holds the traditional title of Wazirin Jara from Gombe, was sworn in as the minister of state in the Ministry Of Power, Works and Housing.

The new ministers were sworn in three weeks ago. The previous Minister of State for Labour, James Ocholi died in a car crash and the former appointee from Gombe, Amina Mohammed who was Minister of Environment, is now serving as Deputy General-Secretary of the United Nations.

READ ALSO : Buhari Is “Making Good Progress” And “Will Resume To Duties” Soon

At the Federal Executive Council Meeting held a few minutes ago, Prof Osinbajo also swore in 15 permanent secretaries to fill up vacancies in the federal civil service. 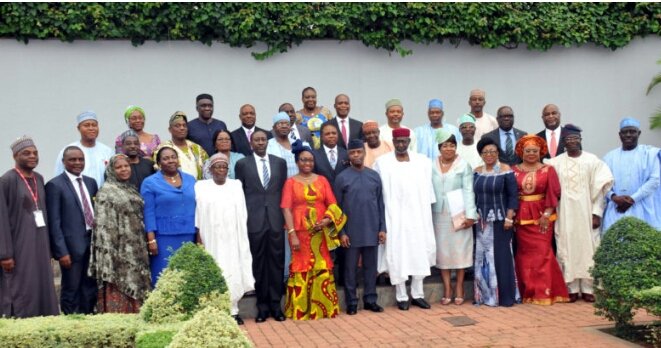