Daniel Craig will make his last return as spy agent James Bond in a series due out in November 2019.

The actor, who has played 007 in the past four Bond films, confirmed on the US chat show, The Late Show that he would play the iconic character for the fifth time.

However, he noted that it would be his last assignment. “I think this is it. I just want to go out on a high note and I can’t wait,” he said. 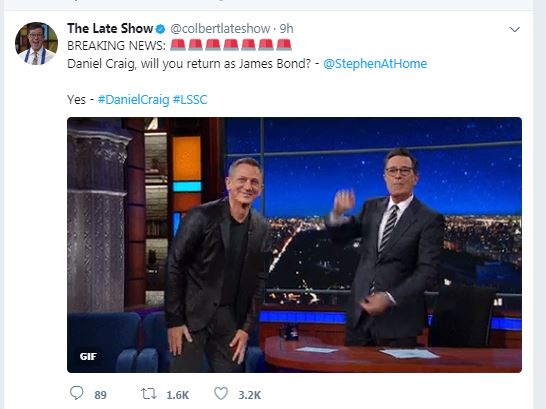