The Queen and Prince William have paid a visit to residents affected by the blaze from the Grenfell Tower fire.

The 91-year-old monarch and her grandson, the Duke of Cambridge also made a visit to volunteers and members of the emergency services, who tackled the inferno that ravaged the 24 -storey building in West London in the early hours of Wednesday morning.

The number of dead has been rising. DENISARUS News understands that more than 160 people may have died. The number is expected to rise as many still remain missing.

Grenfell tower was recently refurbished, but, safety concern were raised following the regeneration. Cladding was added to the building to improve its look from the outside. Many believe that the material used might have increased the rate at which the fire burnt.

Residents who had complained about living condition since 2013, said safety measure were not updated and sprinklers were not installed into the building.

They relayed their concerns about health and safety to the council and in November through a blog, they warned that failure to address the issues raised would result in an accident. However, they said their warning fell on deaf ears.

Many people living at similar tower are now calling for assurance that the same would not happen again.

A protest has been scheduled to take place at the Kensington council at 6 pm today.

The Prime Minister, Theresa May, made a visit to Grenfell last night, however, she came under severe criticism for not meeting with the victims of the fire.

Today, the Mayor of London has wrote a letter to Mrs May, in which he raised concerns “about the organisation and coordination of relief and support services across Kensington.”

In the letter, he said: “The local community feels their grief has been made worse by lack of information about their missing family members and friends.

“They are fully aware of the true scale of this tragedy but cannot comprehend why they are not being given more information.”

He added that: “There is also insufficient support for victims on the ground.” 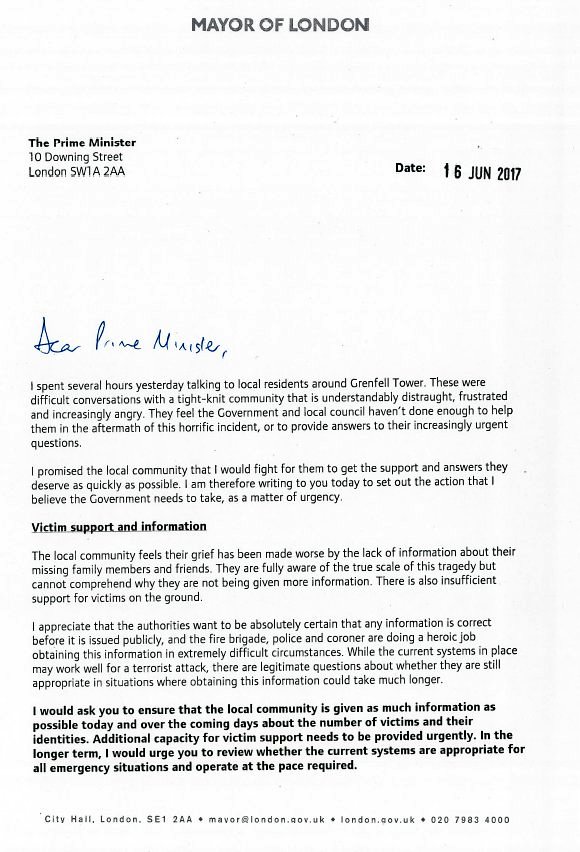 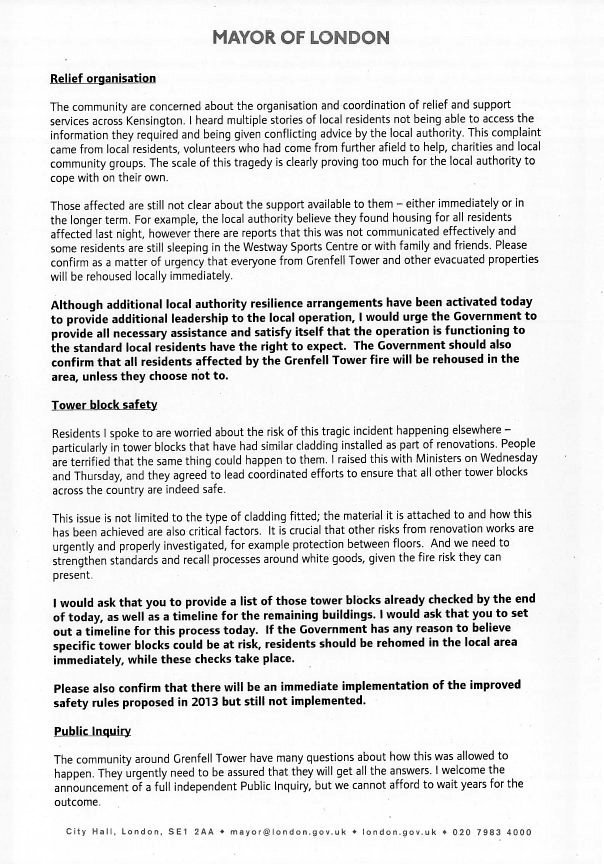