It is 11 days before the people of France vote a new president but polls are already favouring one man – Jean-Luc Melenchon.

Thousands of people have been flocking round France to hear the 65-year-old candidate of the left speak at campaign rallies.

An hour ago, @JLMelenchon twitted a picture that shows up to 25, 000 supporters at Lille – with another 42,000 following the debate.

Mr Melenchon, a socialist, who has promised to tax the rich, is now third place behind centrist Emmanuel Macron and far-right candidate Marine Le Pen.

According to Ipsos Sopra Steria poll,  Mr Melenchon – who received 4.5 percentage point from two weeks – is expected to receive 18.5 per cent off the first-round of the April 23 elections.

The leader of the far-right nationalist Front National Party and Mr Macron are both expected to gain 24 per cent of the vote in the first round of voting. 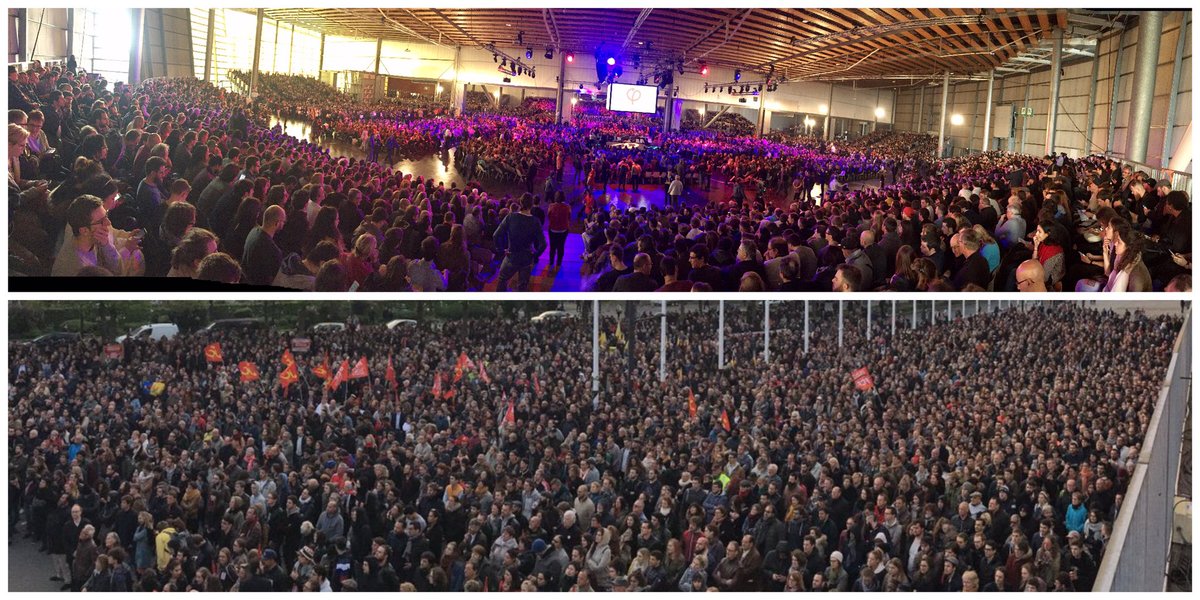