Ade Omole, a chieftain of the All Progressives Congress in the United Kingdom is leading a campaign to recoup funds that were confiscated from Nigerian government officials while they are abroad.

Part of the assets recovered from Mr Ibori includes a N648 billion mansion in London, a N942 billion mansion in Johannesburg, South Africa, and a number of cars including several Range Rover jeeps, a Bentley Continental GT, and a top of the range Mercedes.

The British High Commissioner Paul Arkwright has since confirmed that none of the money from Mr Ibori’s confiscation has as yet been returned.

In a tweet posted in its verified account, @APCUKingdom called on the Prime Minister, Theresa May to step up actions to assist the Nigerian government in recovering the fundsback.

Mr Omole, who led a campaign in London during the 2015 Presidential election in Nigeria, told DENISAURUS NEWS that “it is imperative that we get this money back so as to rebuild our county.

“We start with the request for the release of Mr Ibori’s recovered loot. We ask that the UK fulfils its promise in ensuring it sends this money back.”

The campaign to repatriate stolen funds back to Nigeria, now in its 32nd day is supported by Abike Dabiri, a Special Adviser to President Muhammadu Buhari.

Last month, she also tweeted, demanding for the return of all the looted monies shored abroad by corrupt Nigerian officials.

“The person who steals is as guilty as the person who keeps stolen funds #ReturnOurMoney,” she wrote in her verified twitter account. 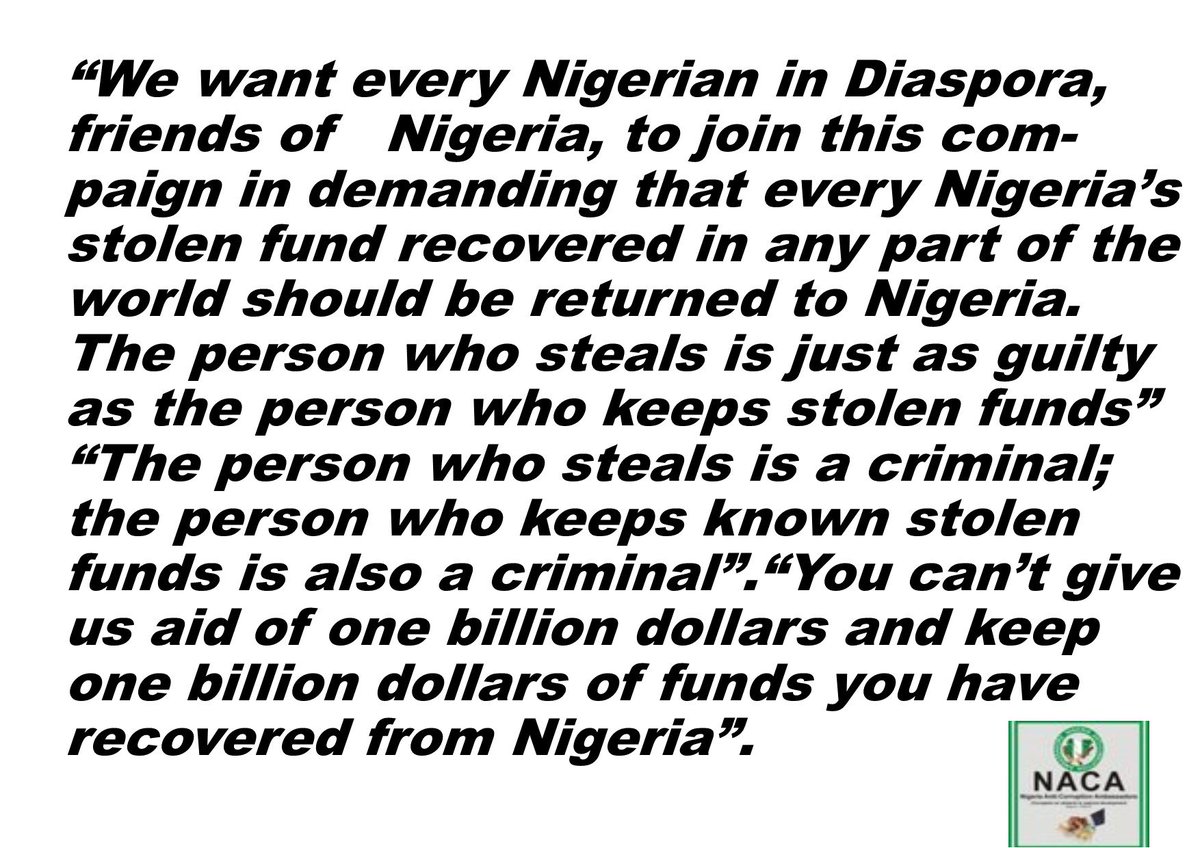