The father of the popular R&B singer, Robin Thicke has died.

Thicke Snr, who appeared on the popular ABC television series Growing Pains, died while he was playing hockey with his 19-year-old son, Carter, at the Pickwick Ice skating rink in Burbank.

The Grammy award nominated-singer paid tribute to his father, calling him the ‘greatest man I ever met’ and ‘always a gentleman.’ 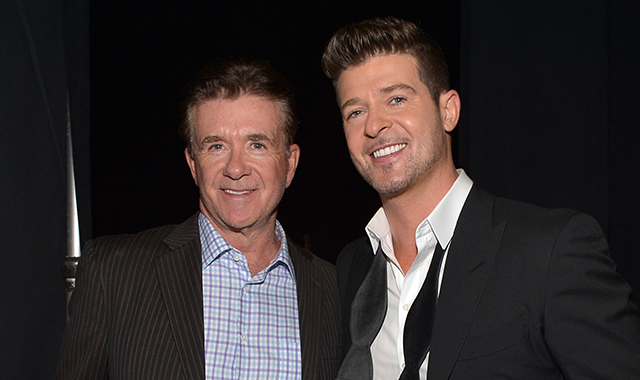