“My voice will not be silenced,” says Abusidiq

A popular Kogi blogger, Abubakar Usman Sidiq has been released by the Economic and Financial Crimes Commission, EFCC after spending 36 hours over allegation of cyber stalking

In a statement he made after his release this evening, he vowed to continue to do expose corruption.

Many believe it is an article about corruption in the anti-graft agency led by Ibrahim Magu, written by Adenike Lucas which he published that got him arrested on Monday 8 August.

Many Nigerians lambasted the actions of the commission. One twitter user asked “if this was an attempt to curb freedom of the press.”

“My voice will not be silenced,” Absuidiq intoned.

“Irrespective of whatever they think they have done to me here, he added: “I will continue to do what I have always been doing and I say no retreat no surrender.” 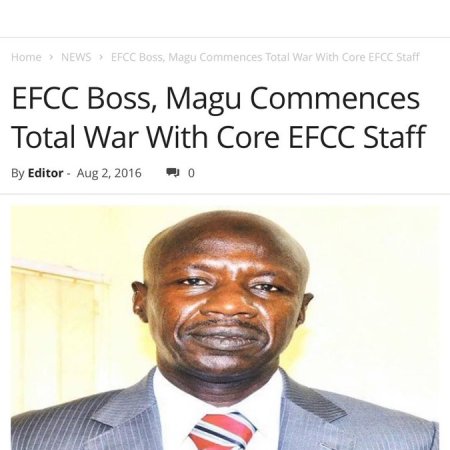