Senators Sign Letter of Undertaking In Support of Saraki and Ekweremadu

More than 40 lawmakers have given support to the Senate President Bukola Sarki and are rejecting any “illegal” plot for his removal.

There have been instances where the National Assembly has been disrupted and prevented from sitting by security forces.

NASS sources claim that the plan to prevent lawmakers from sitting was an “order given from above.”

The aim insiders believe is to cause the removal of Senator Saraki and his deputy Ike Ekweremadu.

In response, the 48 lawmakers including Senator representing Ekiti South Senatorial Disctrict have signed undertaken against any”illegal impeachment” process “being cooked up by a few minority” against the former Kwara state Governor  and the lawmaker representing Enugu West Senatorial District. 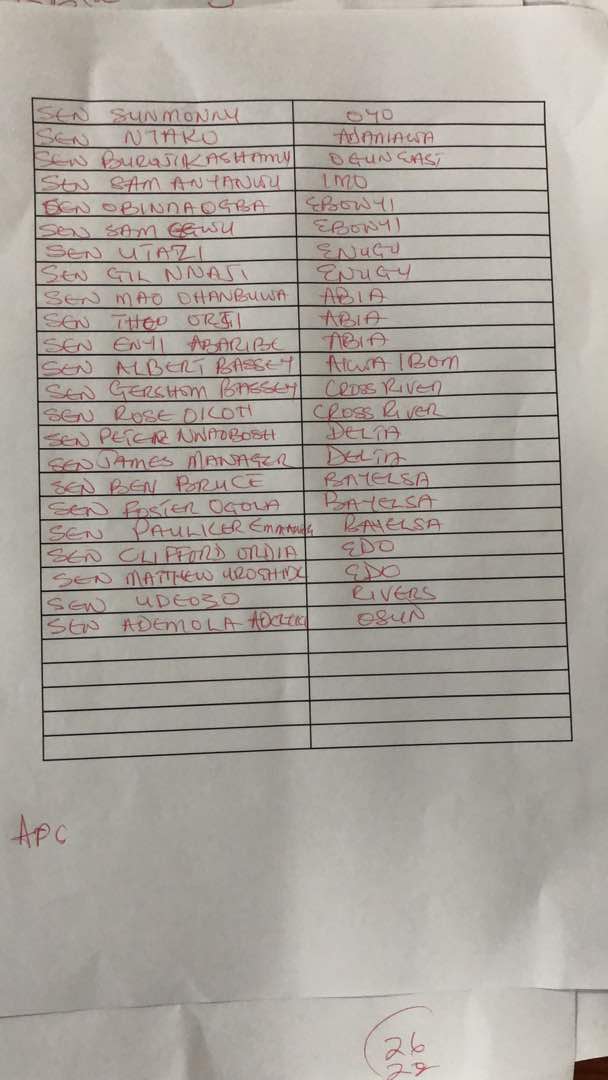