Bukola Saraki, the President of the eighth Senate has led tributes to the former Inspector General of Police, Ibrahim Ahmadu Coomassie who passed away aged 76 at the Orthopaedic Hospital, Katsina on Thursday.

The Nigerian Police Force had confirmed his passing via @PoliceNG, its verified twitter acocunt.

“Inspector General of Police, IGP Ibrahim K. Idris, NPM, mni, on behalf of the Police Management Team and the entire Officers and Men of the Force with a heavy heart regret to announce the demise of IGP (RTD) Alh. Ibrahim Ahmadu Commassie, GCON, NPM, mni, Sardaunan Katsina,” the tweet reads.

DENISAURUS News learnt that the police chief was buried today after Juma’at prayer according to Islamic rite. 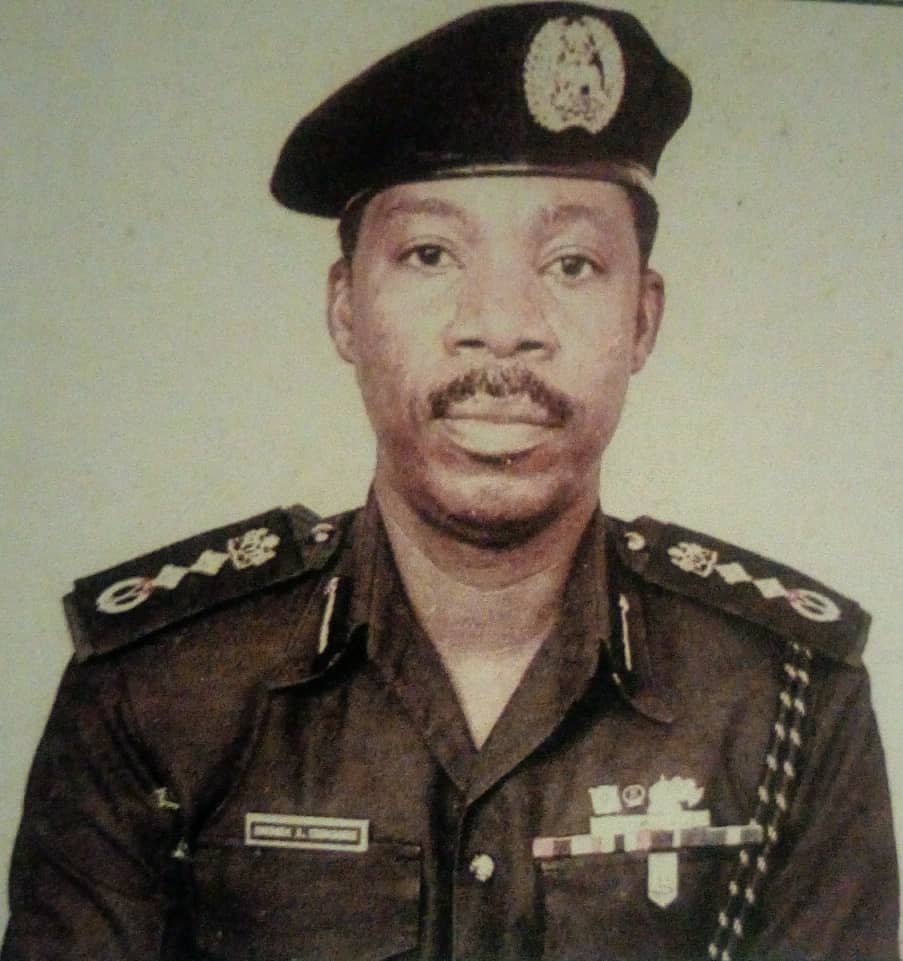 Alhaji Coomassie, who served as the head of the police force from August 1993 to 1999, was described as a “gentleman and patriot,” by Senator Saraki.

“We have lost an officer, gentleman and a patriot. My heart goes out to his wife, children and family members at this moment of grief. He shall be remembered for his forthrightness and sense of duty,” he said.

Ibrahim Babangida, a former military head of state, in a statement released on Friday said: “I recall that Ibrahim Coomasie as Police boss was always proactive and tackled seriously every situation capable of disrupting peace and threatening lives and property of citizens.”

The Katisna State Governor Aminu Masari described him as a “true patriot.”

He said: “Katsina State has lost a son that everybody was proud to be associated with. He was a true patriot who had little time for anything other the pursuit of advancing the interest of Nigeria.

“Whatever assignments he was given, he pursued them with a messianic zeal that would only abate with success.

“Alhaji Ibrahim Commassie has left a vacuum that will take time to fill. It is my sincere hope that other leaders will strive to emulate him.”

President Muhammadu Buhari, who is from the same state as the deceased said: “Nigeria will never forget the excellent leadership the late Coomassie gave to the Nigeria Police Force for the many years he served as IG.”