Raila Odinga Swears Himself In As “People’s President”

Raila Odinga, a leader of the opposition party in Kenya has sworn himself in as “president of the people” at a mass meeting in the capital Nairobi.

Holding a bible in one hand, the 72-year-old pledged allegiance to the people of Kenya, in an 18 minutes statement he gave at his inauguration. 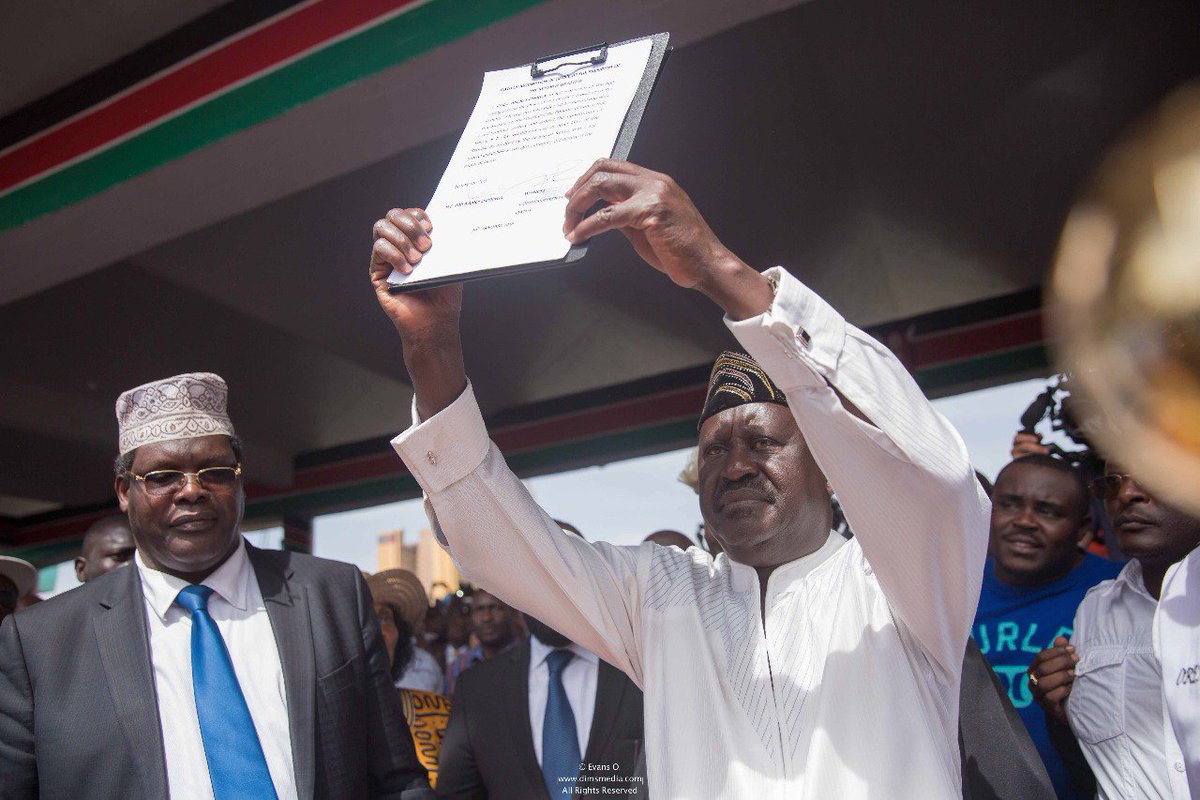 For declaring himself as president without winning an election, Mr Odinga could be charged with treason.

The Supreme Court annulled the August 2017 elections and called for a re-election in October of the same year, which Mr Odinga, pulled out of at the last minute, citing “illegalities.”

In a Twitter post today, Mr Odinga said: “I wish to thank the people of Kenya for the mandate they have given us and for their steadfast confidence in us.

“You came from all corners of the republic to witness my inauguration and it was good to see you out in millions.”

Graciously accepting the mandate granted us by the Kenyan people on August 8th https://t.co/OLbI9yjDMR