More stunning revelations are being made about the recent changes at the National Intelligence Agency, NIA, as members of the House of Representatives Committee on National Security and Intelligence on Monday received briefings from the immediate past Acting Director General Ambassador Muhammed Dauda who gave graphic details of what led to his sack.

A member of the committee disclosed in confidence that the former Acting DG who was invited by the committee met with the members behind closed doors.The meeting was said to have uncovered a game of intrigues, blackmail and sleazes amongst members of the Presidential Panel on the Reorganization of the NIA, under the leadership of Ambassador Babagana Kingibe. “that was the crux of the matter” a source said

The committee members who analyzed a nine page memo submitted by the former Acting Director General of the agency, Ambassador Mohammed Dauda on Monday, were said to have been informed that, Kingibe’s panel held the NIA to a virtual ransom over the $44 million Intervention fund in the vaults of the agency, by demanding for their share of the money.

A member of the committee who craved anonymity said part of their discoveries from Ambassador Dauda include the story of how Ambassador Kingibe and the Secretary of the Panel, Abubakar Rufai Ahmed, now the Director General had collected money in tranches.They allegedly demanded for and collected $2 million from the agency’s coffers.

The former Acting Director General told the committee members that, the $44 million was actually moved from the vaults of the NIA on the orders of the National Security Adviser, into protective custody when it became obvious that the changes effected in the leadership of the NIA was actually targeted at siphoning the $44 million, and not for any concrete reason.

While calling on the Committee members to save the jobs of the nine serving Directors of the NIA, who may have been penciled for compulsory retirement for denying members of Kingibe’s group from accessing the $44 million, Ambassador Dauda also told them that, besides the excessive monetary demands, the panel members instructed him to shun the NSA in his dealings. 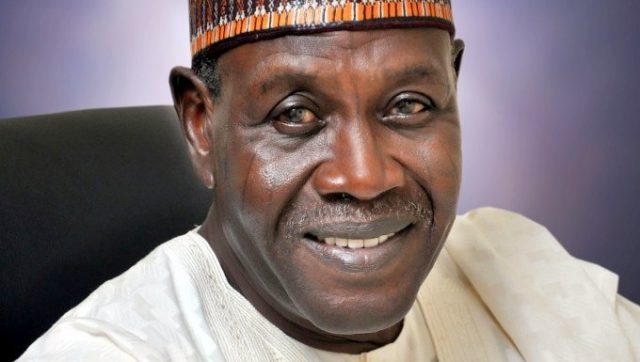 While the Presidency has been running from pillar to pole in trying to defend the appointment of Abubakar Rufai Ibrahim as NIA DG, Ambassador Mohammed Dauda’s memo to the House of Representatives and the EFCC seem to have gotten them on the wrong foot as the embattled former Acting DG tendered documents relating to the claims, including the receipt of $2 million allegedly by Ambassador Kingibe

Ambassador Dauda’s latest exposition which was backed by documentary evidences of corruption against the duo of BabaganaKingibe and Abubakar Rufai Ahmed, especially the conspiracy to steal the $44 million and the surreptitious insistence that Rufai becomes the NIA DG to cover up the shoddy deals may be the blow that will break the camel’s back.