In view of the controversy that my tweet earlier today has generated on social media, I want to make the following clarifications.

On Monday, I received an invitation from Mallam Garba Shehu to attend the presentation of their book documenting the achievements of their principal, President Muhammadu Buhari. It was scheduled for 11am at the Banquet Hall today. This morning, I received a text message from him that the event had been rescheduled for noon. By the time I was ready to go, I looked everywhere for the card and when I couldn’t find it, at exactly 12.02pm, I sent him a text message about my predicament and asked that he should leave my name with the security at the gate. I got no reply and his line wasn’t going.

By the time I got to the Banquet Hall gate, before the security men could ask me any question, I explained that I was invited by Mallam Garba Shehu and that I misplaced my card while efforts to reach him failed. I also identified myself as a journalist and former presidential spokesman. After consulting with his colleagues, the security man said I could drive into the premises and I did.

Inside, as I moved to enter the hall, I did the same to the security man in charge. I explained the challenge I had and identified myself. The guy greeted me warmly saying, “I knew your face is familiar” and he was actually very friendly. But when I asked whether I could go in, he told me: “Sir, without a card, I cannot allow you to enter.”

Without any argument, I turned back because at that point I saw professionalism. As I was leaving, two other security men who were not privy to our discussion but saw me going back came to ask what the issue was. They also did not know me because I have been to the Villa only once since this administration came to power. I explained my challenge and introduced myself. They believed it was a minor problem that could be resolved but when I made attempt to return, I saw the vehemence of the security guy who had by then taken the intervention of his colleagues as an affront on his authority. That was the point of the power show.

Now, let me contrast my Banquet Hall experience with what happened in Rome, Italy on Sunday. We arrived the hotel by 9.30am and were told that check-in would be at 2pm because the hotel was fully booked. My passport was taken to confirm that we had reservation after which the hotel arranged a shuttle bus for a city tour because there were many people in similar situation. My wife elected to go but I chose not to, preferring to stay at the lobby to work. By 1pm, I noticed that some people were being checked in and I went to the counter. I was asked for my passport so I could be checked in also. Meanwhile, I had handed my passport to my wife who had by then gone to town with it. I had nothing to present.

When the lady insisted I could not check in without my international passport, I decided to walk to the staff who had in the morning confirmed our reservation with my passport. But she blocked me and shouted, “You deal with me and not her. I said you can’t check in without presenting your passport to me.”

Calmly, I walked away. About two hours later, when I imagined that her anger must have subsided, I walked back to her to plead whether there was anything she could do. Although she was no longer belligerent, she said there was nothing that could be done because it was a security requirement for all international guests. Then another staff by her side asked me, “Can you call your wife and ask her to snap the data page and send it to you?”

I told her that I had the data page on my computer. She gave me the hotel email address and I sent it to her. She printed it and used it to book me in. Same issue. Different attitude. Different result. Yet, the second lady did not breach any due process, she just applied common sense.
Of course I know people would say that a hotel is not State House but the principle is the same. The idea of security check is not to humiliate but rather to ensure for safety anchored on process. It was not too much for someone to have gone in to confirm from Mallam Garba whether I was invited or not. Also, it will not be too much to have a list of invited guests at the security point and ask those without cards (and even those with cards) to identify themselves with ID cards after confirming their names on the list.

However, I have read all the comments that followed my tweet on the issue and while I have responded to some, I want to make it clear that the intention behind it was not to embarrass anybody or to show ‘bigmanism’ but rather that when people are in sensitive positions, they also make judgment calls. And the way they do that matters. Perhaps, if the whole incident had ended between me and the security guy without any third party attempting to mediate, I would not have queried his professionalism because he was doing his job. The whole issue, for me, boiled down to his blunt refusal to allow others mediate by offering a solution that would not, in any way, have compromised him or his job.

Even at that, given the fact that a story has been generated out of the issue, I want to apologise to the security man who turned me back since the consensus is that he was simply doing his job (even when he could have done it differently without compromising the rationale for it). I also want to apologise to Mallam Garba Shehu because it is not my intention to embarrass him. Ordinarily, I am very deliberative in what I post and my intention was not to draw any unnecessary attention to myself or say an exception should be made for me at the expense of security or established process.
Meanwhile, I also take lessons from every experience. I learnt a lot today. And I thank all the people who waded in. A man, according to Alexander Pope, should never be ashamed to apologise, especially when adjudged to be wrong, because that is but saying that he is wiser than he was yesterday.

Olusegun Adeniyi is a Nigerian Journalist, Writer and a former Presidential Spokesman. Contact him @Olusegunverdict 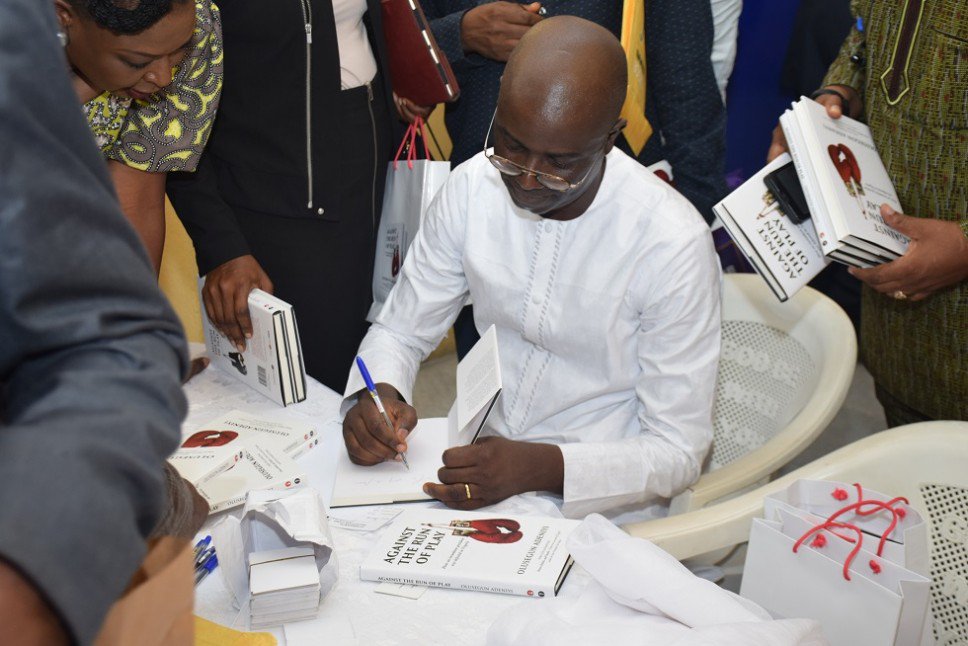