Abuja House is in a relatively quiet area of London. On Tuesday, a lone protester attempted to disrupt the peace, but, all he managed to get was a few photos. 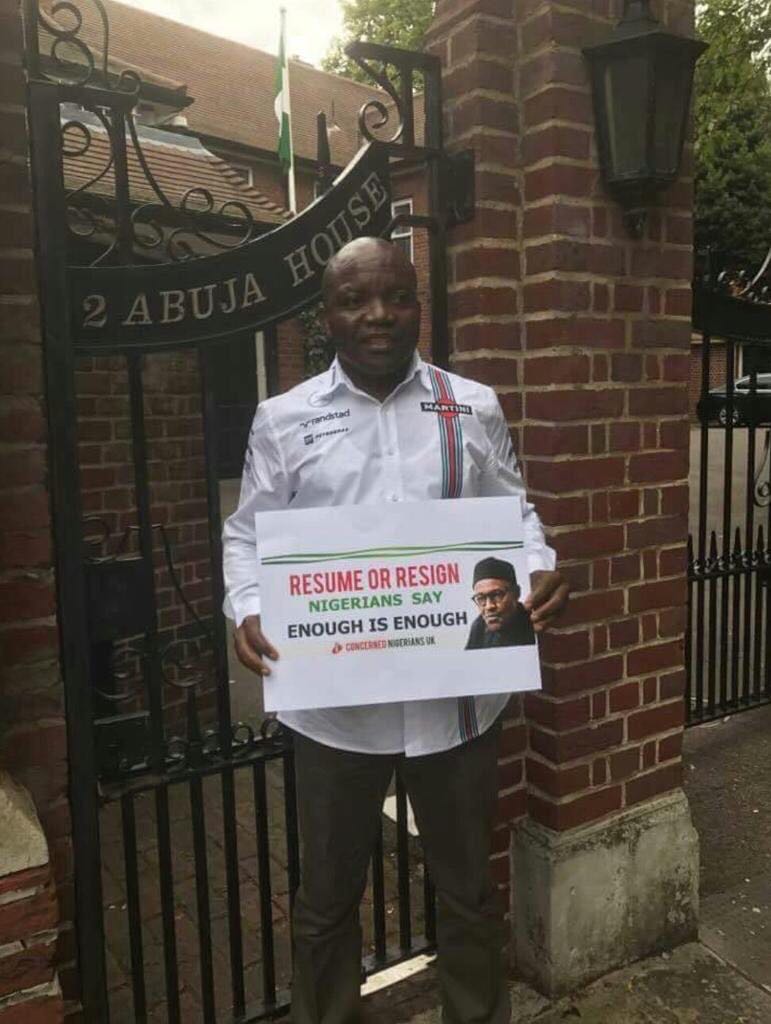 According to eye witnesses, neighbours alerted the police of his mischief.  The agitator bearing in his arm a poster calling for President Muhammadu Buhari to resign was forced to retreat.

An APC official in London, who monitored the event told DENISAURUS News that a protestor “could not even afford his travel back home and I gave him £5. He took it and was happy to leave.”

Meanwhile, in Nigeria a few other protesters operating under the aegis of #OurMumuDonDo also attempted to cause mischief in Abuja over the President’s medical leave. 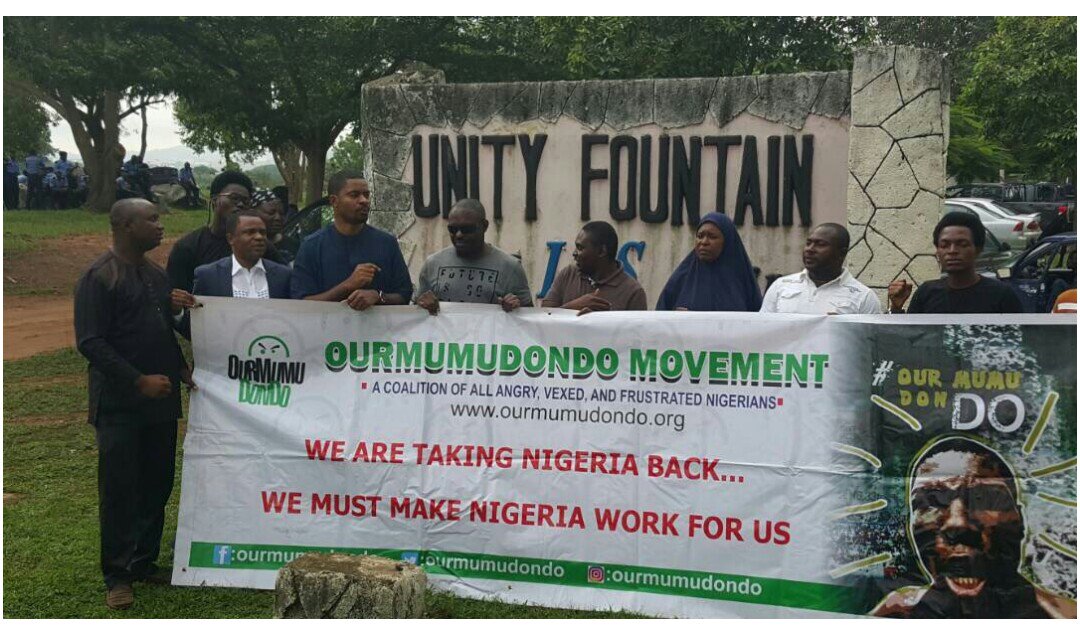 Lawmakers in Nigeria have since assured citizens that the Constitution has not been violated by the President’s absence.

This caused many to come out against the lone protestor and “his sponsors.”

The protest was seen as a sign of “Shame” by @Ajiboyerm.

Muhammad Ali‏ wrote on Twitter that “Those behind #ReturnorResign have an ulterior motive. They don’t really care about the country.”

Another Twitter user argued that the protest was about “misplaced priorities. PMB has granted complete power to function as President to PYO. That makes the call to resign irrelevant.”

The organisers of the demonstration in Nigeria were not spared from the wrath as well.

@WadayahayaWada  asked: “Can’t @adeyanjudeji & @Areafada1 see the hand written on the wall? We are not interested in their sponsored protest. The change has come to stay.”