Jeremy Corbyn has sent out a message to the President of America from Glastonbury.

Speaking from the main Pyramid stage, the Labour leader, said President Trump should “build bridges and not walls.”

“Politics is about the lives of all of us,” he said: “Let us be together and recognise another world is possible.”

Mr Corbyn, who defied the odds at the last election said the elite got it wrong. He gave credit to the “number of young people who got involved for the first time.”

He urged the crowd to make a difference and asked for support for refugees, saying “peace is possible and must be achieved.”

He also called for opportunities to be made available for every child to study art. “In every child there is a poem, a painting, music.”

Last year, Labour cabinet members revolted against their leader, saying he would lose them seats. At the elections, Mr Corbyn, lead his party to a great win, taking over 30 seats from the Conservatives.

He argued then, that he was campaigning for the many.  Appearing at the music festival which features artists such as the Kaiser Chiefs, Stormzy  and Liam Gallagher, Mr Corbyn received star applause.

He went on to recite one of his favourite poem by Byshe Shelley, ending that “ye are many – they are few.”

His message went down well as tens of thousands of people in the crowd began to chant the famous “oh Jeremy Corbyn!” song. 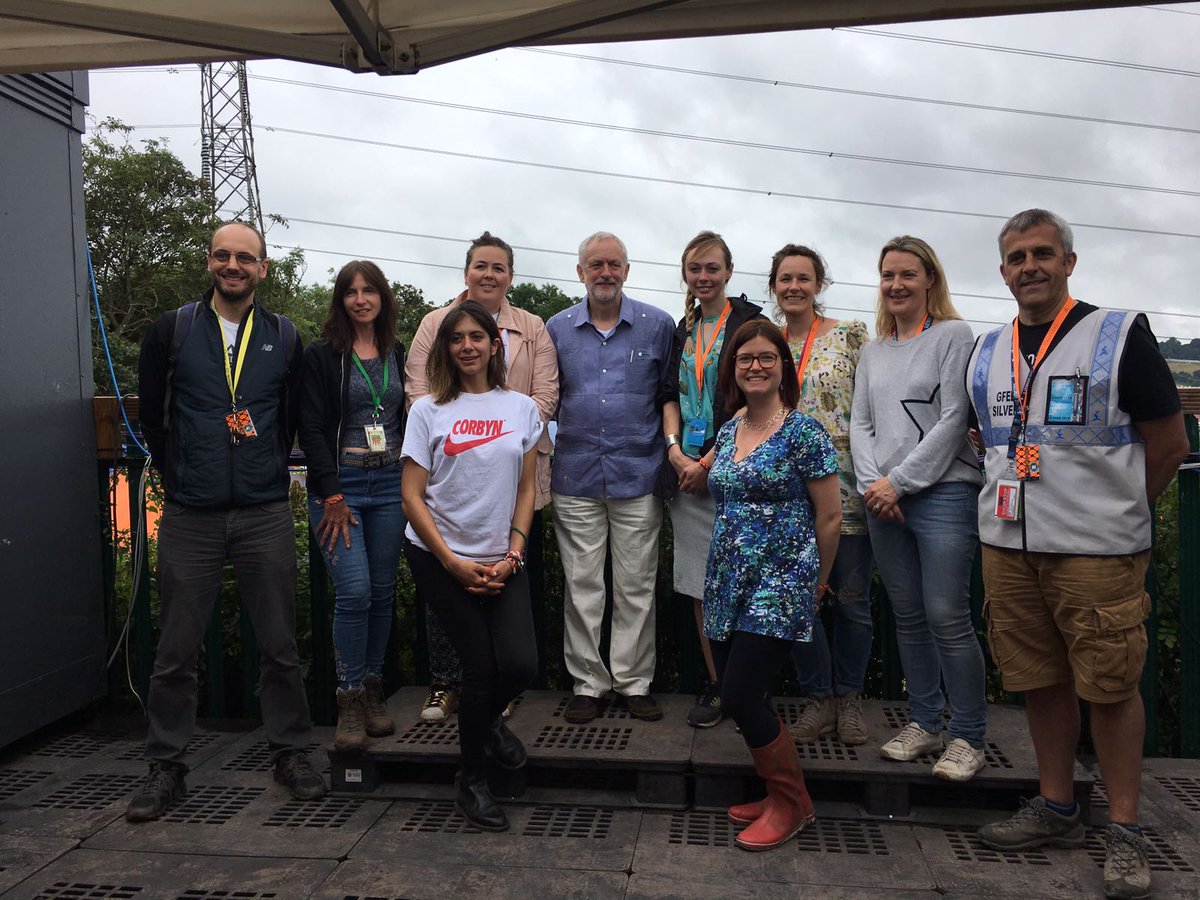