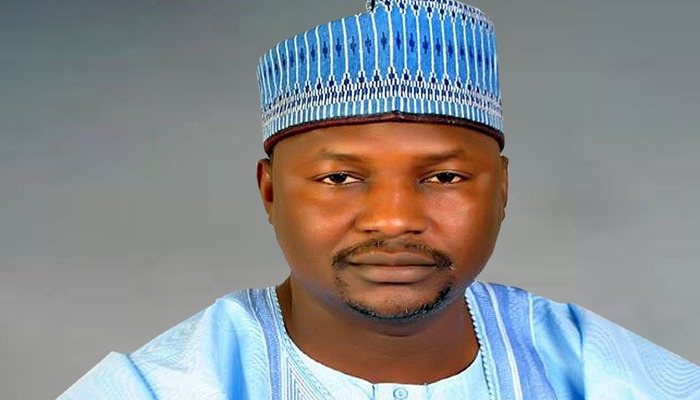 The Attorney-General of Federation and Minister of Justice, Abubakar Malami was right to amend charges filed by Ibrahim Mustafa Magu, the ‘rejected boss’ of the Economic and Financial Crimes Commission, EFCC, says source.

(OPL) 245, is an oil deal that dates back to 1998 when Nigeria’s then petroleum minister, Dan Etete, awarded it to Malabu Oil & Gas Limited.

Speaking to DENISAURUS News, a senior member of the government explained that the Malabu Oil Deal goes back to the time of General Sani Abacha and existed during the time of former President Olusegun Obasanjo – Goodluck Jonathan.

Prosecutors of an ongoing case in Italy, claim that Mr Jonathan, Mrs Alison-Madueke, and other government officials benefited from a sum of $466m from the ‘fraudulent’ scheme.

The previous administration who benefited from the fraudulent deals were not so bothered  about prosecuting the offenders. However,  Mr Malami, SAN was resolved in dealing with the issue, an official said.

In 2016,  Mr Malami, SAN, used his ministerial supervisory role and power enshrined in Section (174) of the 1999 Constitution, of the Federal Republic of Nigeria, to request for Mr Magu to file a charge against all those involved in the awarding of the Oil Prospecting Licence (OPL) 245, known as the Malabu Oil Deal.

The senior government source said that some of the culprits including Shell and ENI who ought to be named in the joint trial were not charged along with the other defendants.

This error was spotted by Mr Malami, SAN and he requested for the amendment to be made so as to include the two oil multi-companies.

Mr Magu who had also filed a nine-count charge including money laundering, which was not an offence as at then, was criticised by the government staff.

Had the EFCC not made the changes, sources say, “it would have indicted and embarrassed itself.

“It would have also violated the fundamental right of fair hearing under Section 36(8) of the 1999 Constitution.”

The government source that made this known to this blog put the error at Mr Magu’s door.

Mr Magu had filed the charges wrongly. According to the inside source, “At the time the Malabu Oil Deal occurred, fraud was not considered a money-laundering offence.”

It would have been a travesty of justice and a violation of the constitutionally guaranteed right of fair hearing to arraign any citizen of Nigeria on the basis of conduct which did not, at the time it was allegedly committed, constitute a criminal offence.

WHAT’S THE MALABU OIL DEAL ABOUT ?

The firm intended to bring in Shell as a 40% partner, but in 1999 a new government took power and two years later it cried foul and cancelled the deal. The block was put out to bid and Shell won the right to operate it, in a production-sharing contract with the national petroleum company, subject to payment of an enlarged signature bonus of $210m. Shell did not immediately pay this, for reasons it declines to explain, but began spending heavily on exploration in the block.

Malabu then sued the government. After much legal wrangling, they reached a deal in 2006 that reinstated the firm as the block’s owner. This caught Shell unawares, even though it had conducted extensive due diligence and had a keen understanding of the Nigerian operating climate thanks to its long and often bumpy history in the country. It responded by launching various legal actions, including taking the government to the World Bank’s International Centre for the Settlement of Investment Disputes.

Malabu ploughed on, hiring Ednan Agaev, a former Soviet diplomat, to find other investors. Rosneft of Russia and Total of France, among others, showed interest but were put off by Malabu’s disputes with Shell and the government. Things moved forward again when Emeka Obi, a Nigerian subcontracted by Mr Agaev, brought in ENI (which already owned a nearby oil block). After further toing and froing—and no end of meetings in swanky European hotels—ENI and Shell agreed in 2011 to pay $1.3 billion for the block. Malabu gave up its rights to OPL245 and Shell dropped its legal actions.