President Muhamadu Buhari has met up with leaders of the  International Committee of the Red Cross, ICRC who were part of a team that brokered the release of 21 of the Chibok school girls five days ago.

The News Agency of Nigeria (NAN) reports that the ICRC officials led by their President, Mr. Peter Maurer, on Monday met with President Buhari and the Minister of Health, Mr Isaac Adewole at the Presidential Villa.

The ICRC and the Swiss government were able to broker a deal with Boko Haram for the release of the girls on Thursday, 13, October, 2016 – after more than 2 years in captivity.

The Minister of Information and Culture, Alhaji Lai Mohammed said that the release of the 21 Chibok girls was  “only a first step in what we believe will be a total liberation of all the girls’.’

Garba Shehu, spokesman for President Muhammadu Buhari, who confirmed the news of the release of the 21 girls told Reuters news agency  said a splinter branch of Boko Haram is now willing to negotiate the release of 83 more of the girls.

57 of the girls managed to escape in the immediate aftermath of the abduction and another Amina Nkeki was rescued from Sambisa forest – a strong hold of the sect, where the 197 girls are said to be kept.

President Buhari who was on his way to Germany when the news of the girls release was announced, gave assurances to the parents of the remaining girls still in captivity saying, negotiation will continue to ensure they are all released. 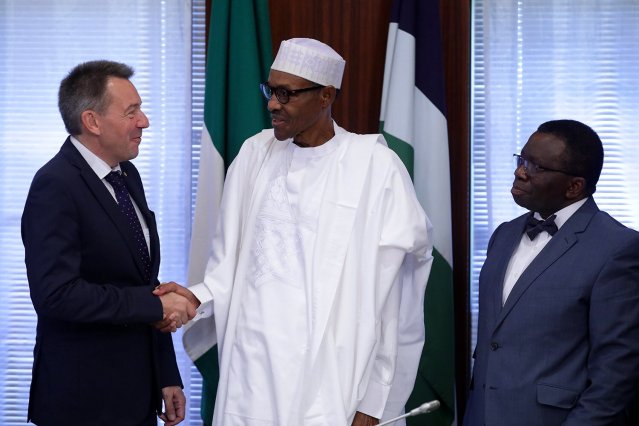