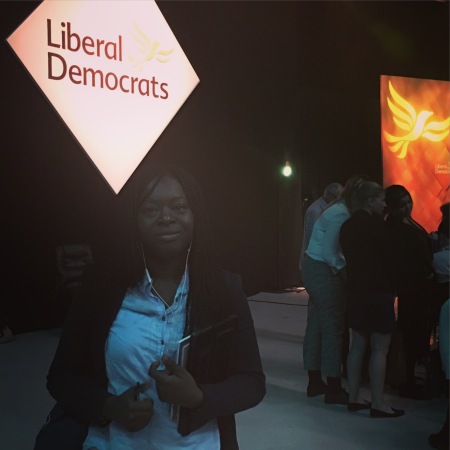 The Leader of the Liberal Democrat, Tim Farron started this year’s conference by speaking on the June EU referendum election which saw the Prime Minister, David Cameron resign from parliament.

Mr Farron who spoke to delegates yesterday at the Brighton Hilton Metropole where Conference is being held, said “we are living in historic times.”

“I’ve been around long enough to know that we are living in historic times, he said

“You don’t get more historic than the decision of the British people to leave the European Union.”

“But the referendum was more than just a contest for who holds office for a few years.

The Member of Parliament for Westmorland and Lonsdale says he believes passionately that’s a Britain is better off in the European Union and thought the remain team lost, the party he leads “will not roll over, we will not walk away.”

Mr Farron is expected to give a closing speech at the close of conference on Tuesday, 20th September.

Pauline Pearce, a Liberal Democrats activist who became an Internet sensation following her confrontation with rioters in the 2011, moved a motion today on how to combat racism within the party.

Update of the 2016 conference will be posted as it happens.