As criticism and condemnation against the judiciary continues to mount in the anti-corruption war of the Muhammadu Buhari administration, the Chief Judge of the Federal Capital Territory (FCT) High Court, Justice Ishaq Bello, has said the judiciary alone should not be held responsible for the failures, arguing that the administration of justice is a collective efforts of all arms of government.

The group was at the FCT High Court to seek its support and cooperation in the fight against corruption.

Bello, while reiterating the commitment of the judiciary in the fight against corruption, was however, quick to express worries over the increasing condemnation the judiciary has been receiving for some time now, noting that people speak adversely against the judiciary without bothering to find out the constraints faced by the organ in the dispense of justice in the country.

He stated that if the prosecution, that is the executive, fails to do a proper investigation of cases before coming to the court, such cases are bound to fail at the end of the day, adding that a similar fate befalls cases whose legislation are inadequate, notwithstanding the profile of the case.

The CJ who likened the plight of the judiciary to that of a woman who receives all the blame for a poorly prepared meal, simply because she dished the meal, advised people to venture into the kitchen to discover where the lapses are.

He assured the group of his preparedness to partner them and disclosed that as part of efforts of the FCT High Court at ensuring administration of justice, the court is partnering the Nigeria police on the enforcement of court proceedings.

He disclosed further that an enforcement unit that would ensure that judgment from all courts in the FCT including the Supreme Court, Appeal Court, High Court and even Magistrate and Customary Court are enforced.

Earlier, Executive Director, PWAN-RoLE Initiative, Kemi Okenyodo, said there was an urgent need for the reversal of the dwindling reputation of the judiciary.
According to her, a lot of people no longer have confidence in the judiciary preferring other means of conflict resolution.

“As the last hope of the common man and the pivotal sector in the fight against corruption and corrupt officials, the judiciary needs not only to act with integrity, it needs to be perceived as doing so.

“The project under which purview the Partners West Africa-Nigeria; Rule of Law and Empowerment Initiative and our partners come here today is borne of this commitment,” she said. 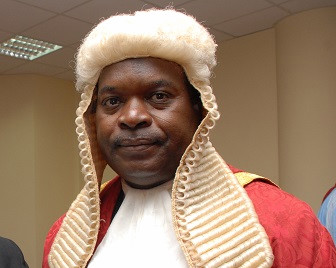