A US based online news medium which has repeatedly targeted the Minister of Interior in an attempt to create a bad impression of the government should heed to a recent advice given by President Muhammadu Buhari.

Even though the news report conducted by the Presidential Arms Procument Committee absolved former Chief of Army Staff (2008 – 2010)  Lieutenant General Abdulrahman Dambazau of any guilt, Sahara Reporters determined to paint the wrong picture to its readers about the Home Affairs Minister has published several news story in order to achieve its aim.

Many days before Sahara Reporters launched it tirade of false accusation against some members of the Presidents senior government officials, an editor informed Adenike Lucas of the steps taken by the Newyork news outlet to disgrace Gen Dambazau, Abba Kyari, Lawal Musa Daura who have been working against their main sponsor, Mr Ibrahim Mustafa Magu, the acting chairman of the EFCC.

Much reports have been filled in this blog about this scandal, and it is a relief to hear that the President has also condemned this mischief makers.

In a statement, President Buhari condemned “the alleged attempt to damage the intergrity of some serving senior Goverment officials.”

Continuing, he said: “terrible and unfounded comments about other people’s integrity are not good.”

Reiterating his promise to rid the country of corruption, the President said: “we are not going to spare anybody who soils his hands, but people should please wait till such individuals are indicted.” 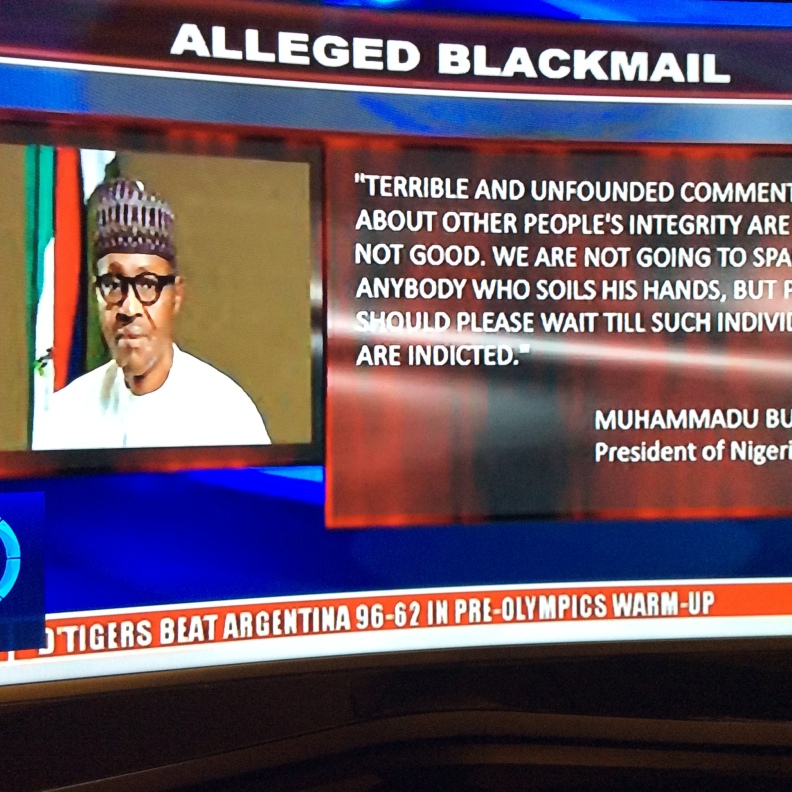