ABUJA —  Bukola Saraki, the President of the eight Senate has arrived to a warm welcome in Abuja at the Peoples Democratic Party’s 81st National Executive Committee meeting.

The 55-year-old former Governor of Kwara and now Senator representing Kwara Central, who recently decamped from the ruling All Progressives Congress to join the opposition, was cheered on by party stalwarts, including the National Chairman, Prince Uche Secondus.

DENISAURUS News understands that Senator Saraki who was given the title Waziri of Ilorin following his victory at the Supreme Court over false asset declaration, arrived at PDP Headquarters, Wadata House this afternoon.

He was joined by colleagues from the upper chamber who have also left the ruling party following clashes with the executive arm of government.

Great to be back in Wadata House for the 81st National Executive Committee meeting of the People’s Democratic Party (PDP). I feel very much at home. pic.twitter.com/Z9UfZxkowp 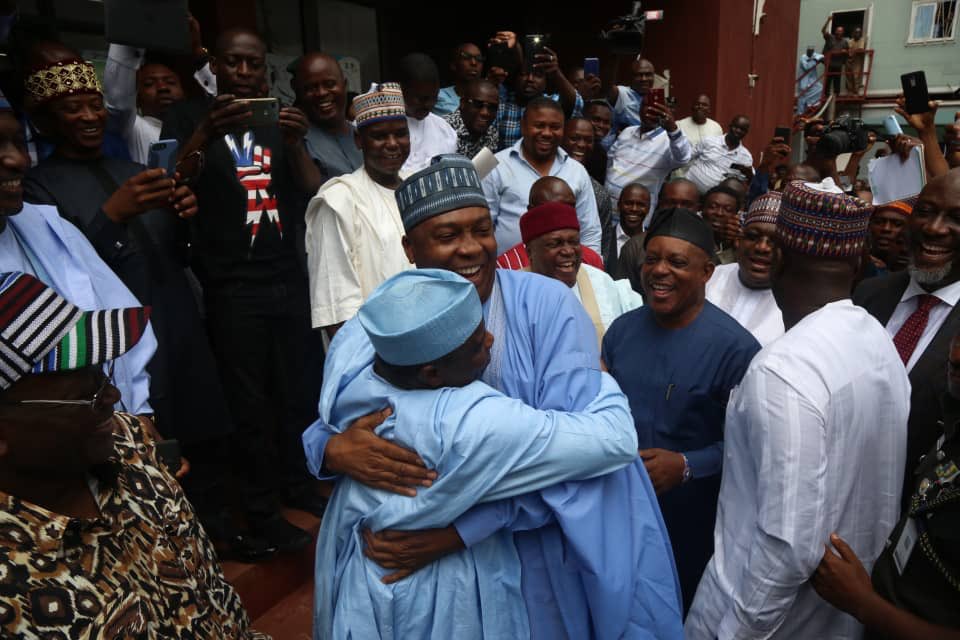