Dino Melaye, the representative for Kogi-West Senatorial District was given star treatment at an event hosted by the 38 different parties, who have united and decided to field a single Presidential candidate in the 2019 election.

Senator Melaye, 44, who recently sang a song with lyrics saying “APC suffered me,” was welcomed on stage with a standing ovation at the signing of a memorandum of understanding between the Peoples Democratic Party, Reformed All Progressives Congress and 37 other political parties.

Many of the guests who witnessed the grande occasion began to chant “oh my home… when shall I see my PDP home… I will never forget my home,” as soon as Senator Melaye appeared on stage.

The lawmaker faced stiff opposition from his state governor, Yahaya Bello, after he criticised him for failing to pay salaries to workers.

READ ALSO : Silence Empowers Injustice: Senator Dino Melaye Is TALKING and He Must Be Heard

Despite being manhandled by police and a failed sponsored plan to recall him from office, Senator Melaye says “the task to bring back Nigeria is a task of no retreat, no surrender.”

READ MORE : WE STAND WITH SENATOR MELAYE AND THE PEOPLE OF KOGI WEST 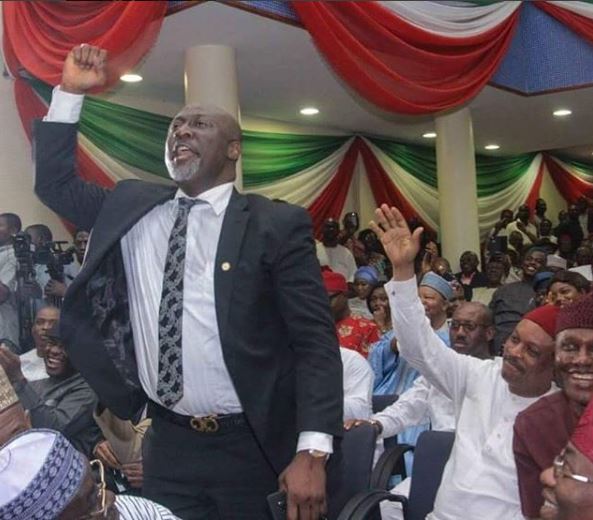