Operatives of the Economic and Financial Crimes Commission, EFCC stormed the home of Innocent Chuckwuma today.

According to Wilson Uwajaren, head of Media and Publicity at the EFCC, the business man is being investigated by the Capital Market and Insurance Fraud Unit of the Commission’s Lagos office. 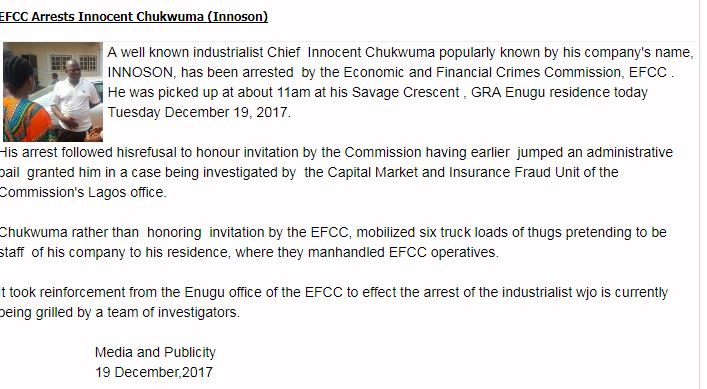 There are speculations that Dr Chuckwuma, the founder of Innoson Motors is said to have been arrested in connection with an ongoing case with Guaranty Trust Bank, GTB.

But, Innoson Motors accused the bank of making wrong charges against it.

Innoson Nigeria Ltd also secured an “ORDER of perpetual injunction restraining the GT Bank from further maligning or otherwise defaming them in the words or similar words, complained of in this motion,” Ozioma Osigwe, the company spokesperson explained in a press statement released after the arrest. 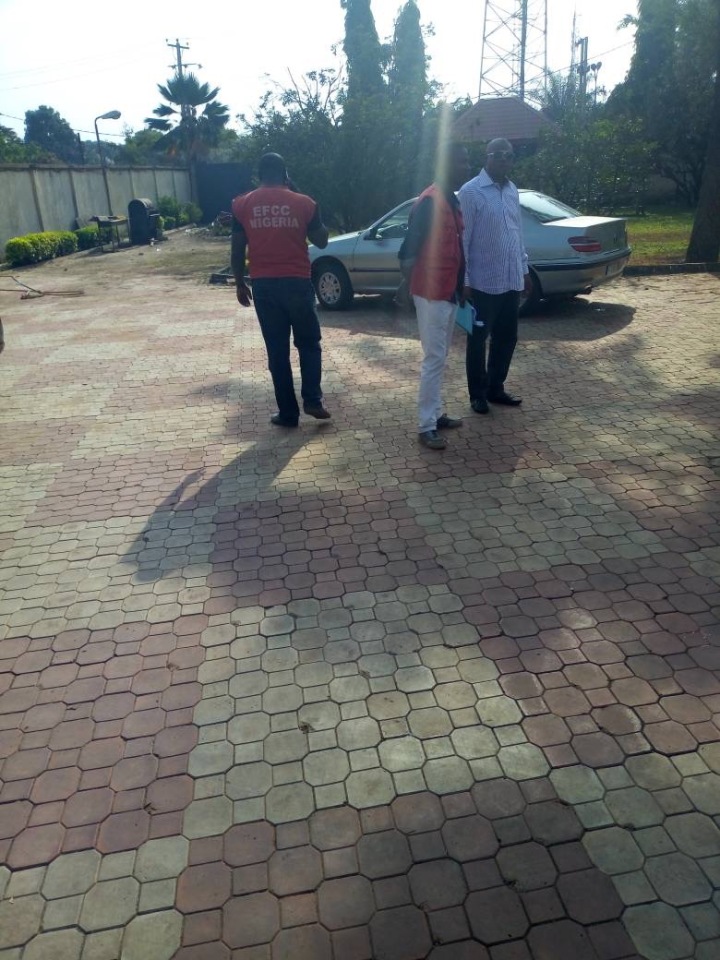 In a Twitter post, @InnosonVehicles, stated that the arrest of its boss by the EFCC, which is superintended by Ibrahim Mustafa Magu, was “illegal.”

According to the company, Dr Chukwuma had no prior invitation request from the EFCC before he was bundled “like a common criminal” and arrested at his residence in Nwewi, Enugu this morning.

Nigerians have taken to social media in protest of the “illegal” arrest of Dr Chuckwuma, stating that Mr Magu, who is described as a corrupt officer by an Intel report should be removed immediately.