The Catalan regional parliament declared independence from Spain today, after a motion was passed. 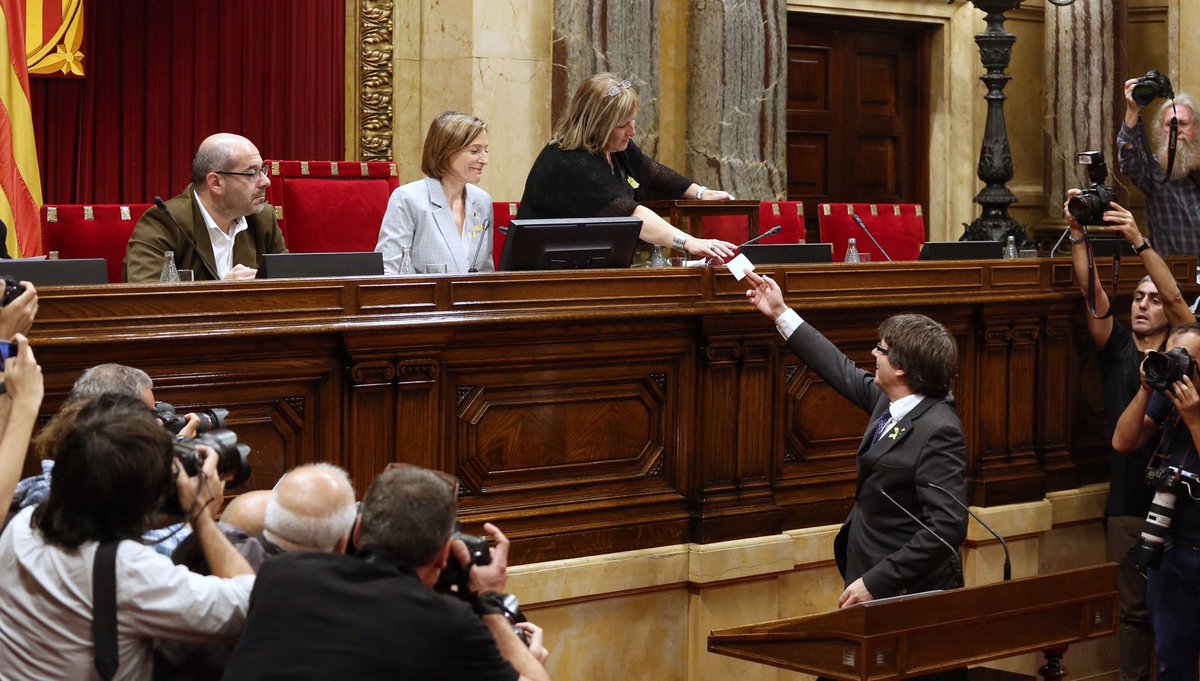 However, Theresa May’s government is among those who will not recognise the declaration, Downing Street says.

A statement provided by the Prime Minister’s spokesman states: “The UK does not and will not recognise the unilateral declaration of independence made by the Catalan regional parliament.”

“It is based on a vote that was declared illegal by the Spanish courts. We continue to want to see the rule of law upheld, the Spanish constitution respected, and Spanish unity preserved.”

The United State government which said it “enjoys a great friendship and an enduring partnership with our NATO ally Spain,” is also in support of “the Spanish government’s constitutional measures to keep Spain strong and united.”

Heather Nauert, a spokeswoman for the State Department spokeswoman said “Catalonia is an integral part of Spain, and the United States supports the Spanish government’s constitutional measures to keep Spain strong and united.”

Meanwhile, the Sottish Government has said it “understand and respect the position of the Catalan Government.”

Despite calls for negotiation from Carles Puigdemont the Catalonia president, Spanish Prime Minister Mariano Rajoy was about to implement direct rule following a referendum on Independence on October 1.

Mr Rajoy has promised to dissolve the Catalan parliament over the call for independence.

He is also going to fire Mr Puigdemont and his cabinet. Consequently, Spain would impose “direct rule” on Catalonia.

According to the Catalonian government there was 90 percent turn out. Their poll show that 43 percent of the voters were in favour of independence. But, the referendum was judged as illegal by Spain’s constitutional court.

“While Spain has the right to oppose independence, the people of Catalonia must have the ability to determine their own future,” Fiona Hyslop.

The Scottish Culture, Tourism and External Affairs Secretary said: “Today’s Declaration of Independence came about only after repeated calls for dialogue were refused.

“Now, more than ever, the priority of all those who consider themselves friends and allies of Spain should be to encourage a process of dialogue to find a way forward that respects democracy and the rule of law.”

“The imposition of direct rule cannot be the solution and should be of concern to democrats everywhere,” she added.

“The European Union has a political and moral responsibility to support dialogue to identify how the situation can be resolved peacefully and democratically.”