Halimah Yacob was inaugurated as the eight president of Singapore on Thursday (Sept 14).

Madam Yacob, 63, a former speaker of parliament from the Muslim Malay minority is the first female President of the country.

At her swearing-in ceremony, she vowed to “faithfully discharge” her duties.

“I, Halimah Yacob, having been elected as President of the Republic of Singapore, do solemnly swear that I will faithfully discharge my duties,” Madam Yacob said in the presence of Prime Minister Lee Hsien Loong and more than 200 guests.

The role of the President is largely ceremonial and Madam Yacob was elected without a vote, after authorities decided her rivals did not meet strict eligibility criteria.

Critics took to social media to lambast the undemocratic process at which the Madam Yacob was selected. But, Singapore’s President, promised to serve the entire country, during her speech

The President, a member of the ruling People’s Action Party, who will be in office for six years says she looks “forward to the day when we will no longer need to… have reserved elections, and Singaporeans naturally and regularly elect citizens of all races as presidents.” 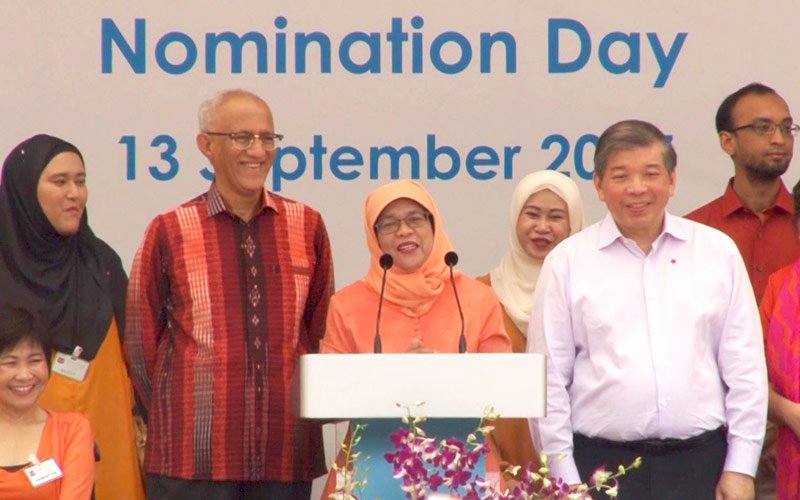