A new date has been set for the Presidential elections in Kenya, after the Supreme Court annulled last month’s vote.

President Uhuru Kenyatta, a former Prime Minister Raila Odinga, and their running mates will be the only contenders in the fresh election scheduled to hold on October 17.

The Independent Electoral and Boundaries Commission, IEBC declared President Kenyatta winner of the August 8 election, however the Supreme Court overturned the result because of irregularities in how the vote was conducted. 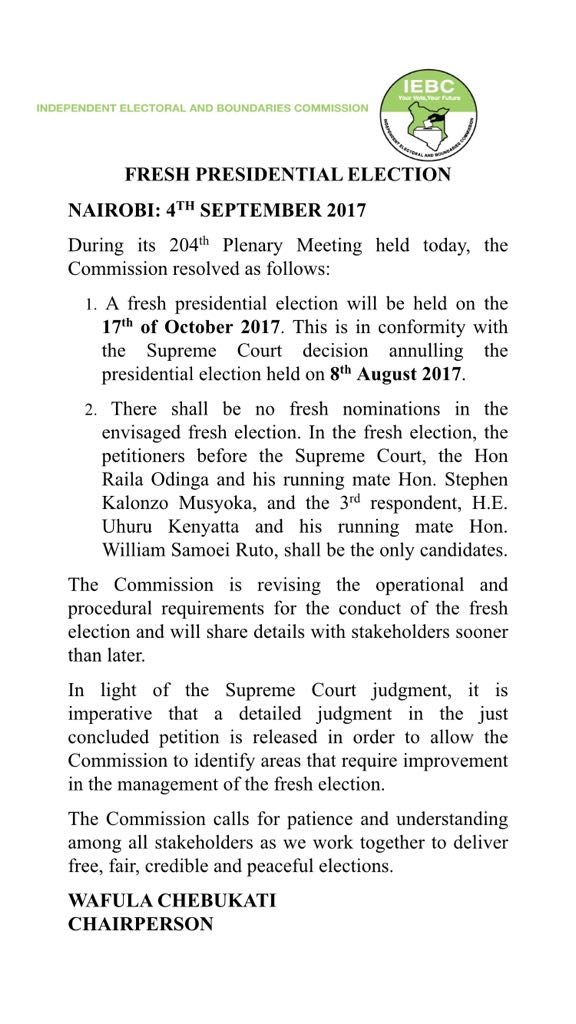