Former spokesperson for the Labour party has spoken against those agitating for the resignation of President Muhammadu Buhari.

Kayode Ajulo made his comment following a protest led by Deji Adeyanju. Mr Adeyanju demanded last week for people to take to the street to ask for the President to return from his medical leave or resign.

But, Barrister Ajulo has said that those calling for the resignation of Nigeria’s Number one citizen where either misguided or mischievous.

Lawmakers in Nigeria have also assured citizens that the Constitution has not been violated by the President’s absence.

The lawyer who is based in Abuja said: “As those currently protesting against the President’s absence were doing so ignorantly. The 1999 constitution has no limit as to the period the President could be away.

“I maintain that the President Mohammadu Buhari had done the needful by handing over power to his deputy, vice President Yemi Osinbajo,” Barrister Ajulo added.

“The president can only resign at his discretion or if his cabinet invokes section 144 of the constitution which stipulates that two third members of the Federal executive council could site reasons of incapacitation after medical examination by a duly set up medical board.

“The provision of Nigerian constitution identifies permanent incapacitation that may preclude provocation of Section 144 for resignation or termination of office.

“The ongoing protests could be wittingly and unwittingly interpreted broadly as treason as it may be said to be calling for regime change by unconstitutional means.

“My humble self-participated in the protest during the days of ailing late president Umaru Musa Yar’ Adua and the current circumstance was very different since the president duly handed over power before leaving.” 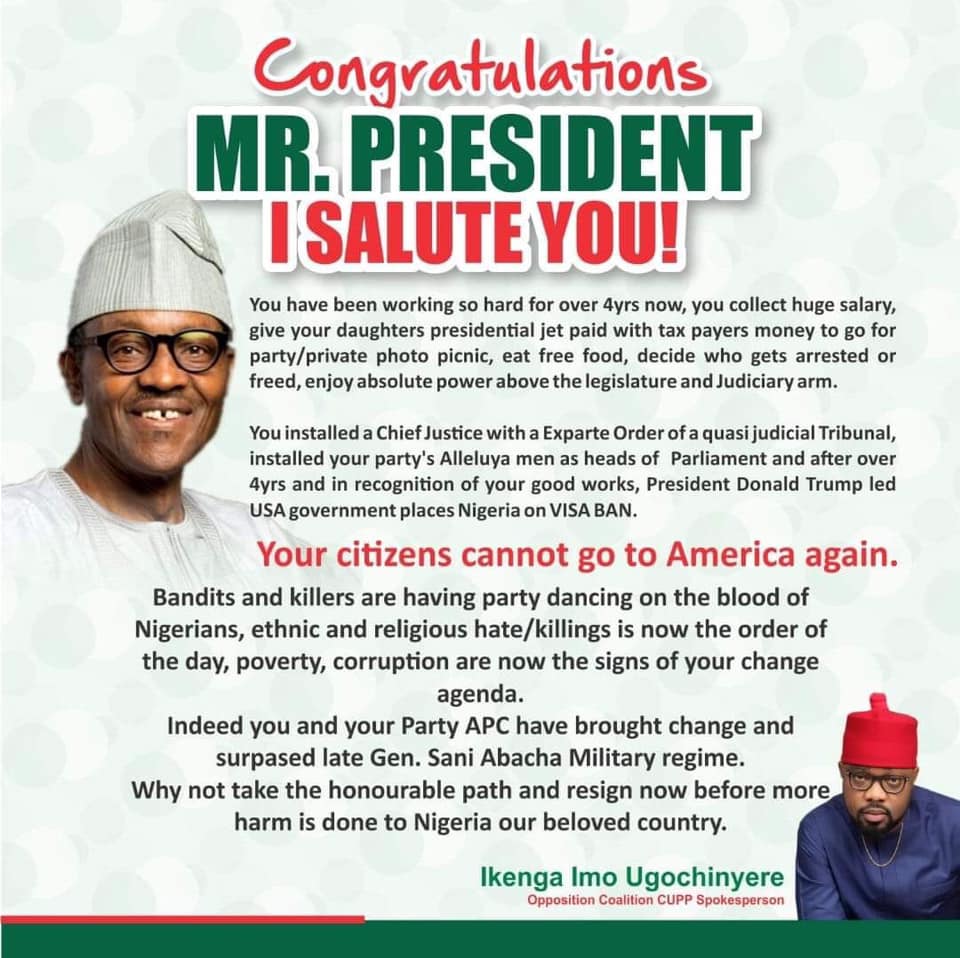