The leader of the labour party Jeremy Corbyn, was out campaigning in Harlow, Essex this morning.

Mr Corbyn, the Member of Parliament for Islington, who wants to become Prime Minister after June 8, is looking to take Conservative seats like Harlow.

During his campaign he spoke of the housing issues. He said it was a key issue and promised to build a million home over five years, half of them would be council built.

“We want our young people growing up with security so they can achieve more in school and college and go on to university, because this election is about the future and removing that sense of insecurity that so many face,” he said, before adding that Labour was a party “for the many. They are for the few.”

Boris Johnson who hinted that the Government might take military action against Syria without parliament votes, called the opposition leader a “mutton-headed old mugwump.”

In response, Mr Corbyn said the Labour party would concentrate on serious issues like housing, creating jobs and the NHS. 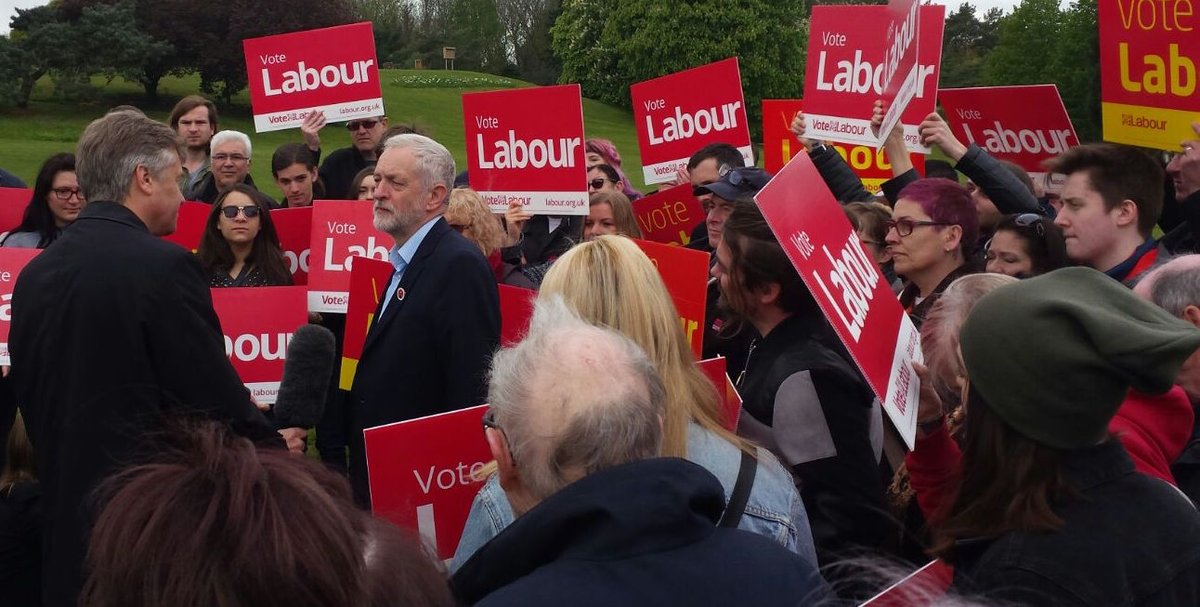