EXTRA: PMB In Benue, No Visits To Graves

The Nigerian President is currently holding a private discussion with the Secretary of State, Rex Tillerson.

President Muhammadu Buhari, jetted into the nations capital from Benue, where he held a meeting with a few stakeholders in the state following much criticism over his handling of herdsmen killing in the north-central state.

73 people were killed in January by Fulani herdsmen. The Governor of Benue, Samuel Ortom say others have been murdered since then.

President Buhari, 75, who has been criticised for delaying his visit to Makurdi till today, has been accused again of refusing to go to the grave-site of those murdered.

Although his itinerary stated he was to have a meeting with the Tor-Tiv, DENISAURUS Newspaper is not aware of such visit being made by the President.

Instead, at a key holder meeting, the President began to lament. He claimed he was “not aware that the IG (Idris Ibrahim) did not spend 24 hours in the state as directed by me, I am getting to know in this meeting.”

The President departed Makaurdi immediately after the key holder meeting to hold a planned discussion with Mr Tillerson.

The US Secretary of State, has cut short his time with President Buhari. The 65-year-old was scheduled to leave Nigeria on Tuesday.

But, the Under Secretary of State Steve Goldstein told reporters that: “Due to demands in the Secretary’s schedule, he is returning to the U.S. one day early after concluding official meetings in Chad and Nigeria.” 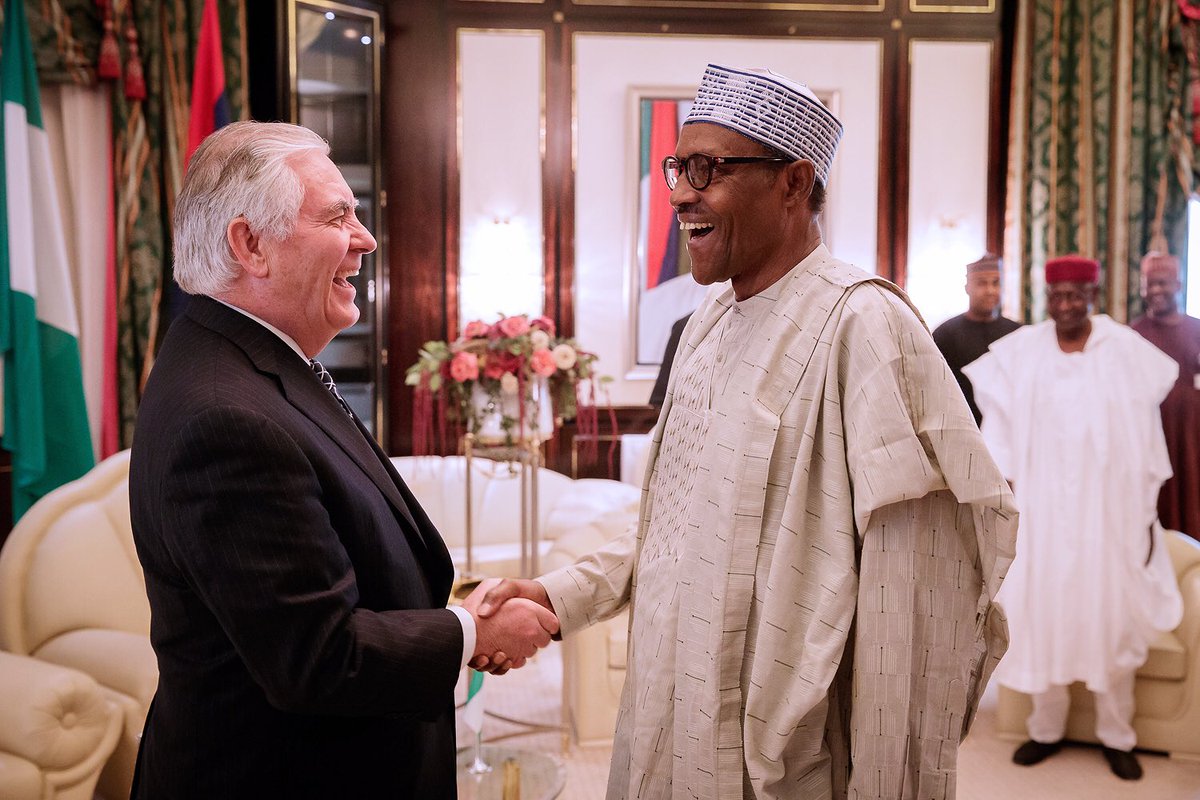 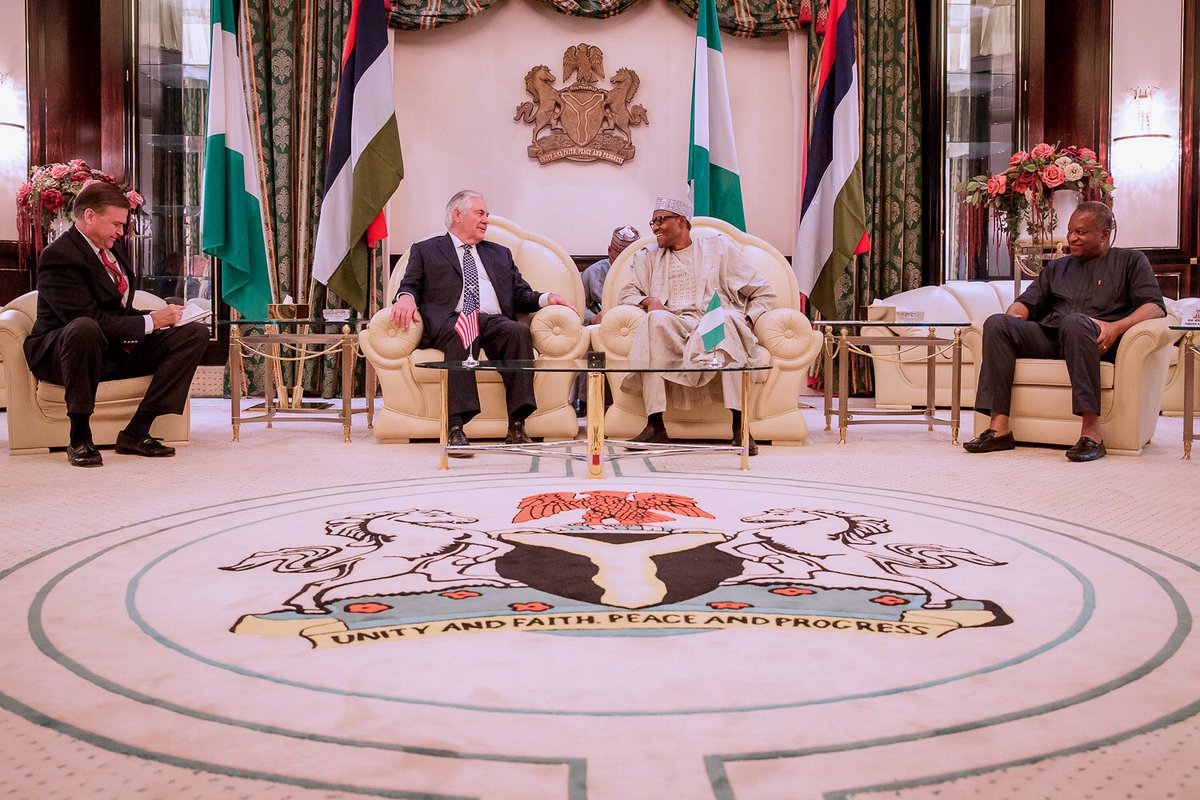 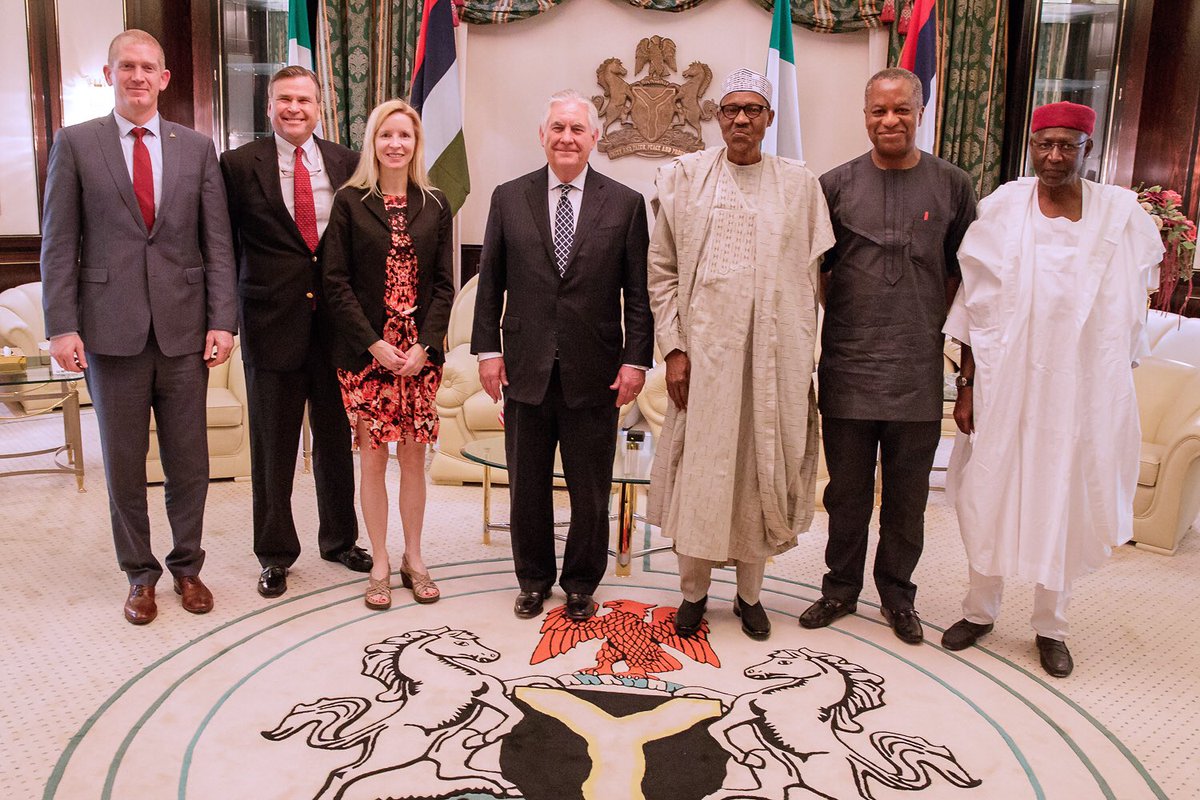 Tagged as: PMB In Benue