The suicide bomber who killed 22 people and injured dozens more at the Manchester Arena has been named as 22-year-old Salman Abedi.

Chief Constable Ian Hopkins confirmed Manchester born Abedi as the perpetrator of the attack that killed fans – including Saffie Rose Rousso 8, who traveled to the Manchester Arena to watch a performance by American singer Ariana Grande.

“I can confirm that the man suspected of carrying out last night;s atrocity has been named as 22-year-old Salman Abedi,” Chief Constable Hopkins said. “However, he has not yet been formally identified and I wouldn’t wish, therefore to comment further.”

Police are yet to establish whether Abedi whose parent came to England as refugees from Libya “was acting alone or as part of a network.” 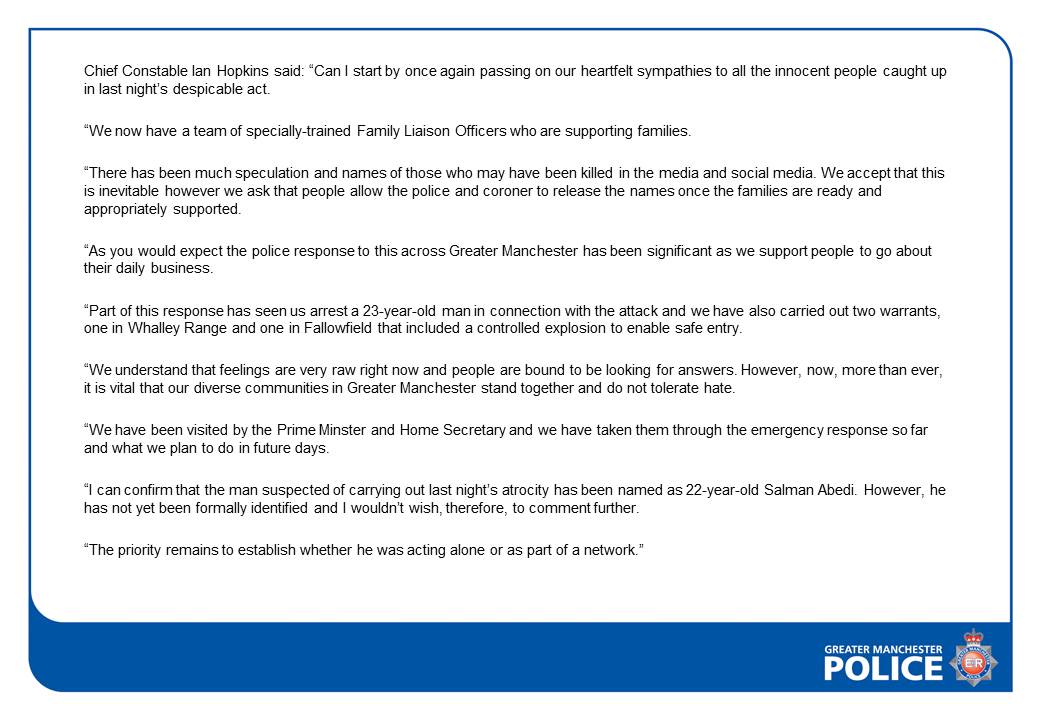